Earlier I noted that John Hinderaker’s “35,000” number was bogus, and now it is the rather lackluster job numbers from the Payroll Survey and some bogus spin from Paul Mirengoff.

In his second paragraph, Kos refers to “the jobless recovery” of the Bush years. That’s the jobless recovery that has produced roughly 200,000 new jobs per month for at least a year and a half, except during the immediate aftermath of Katrina.

As I have noted before 200,000 is better than none, but by historical standards it is quite anemic. This picture of the data from the BLS really drives the point home, 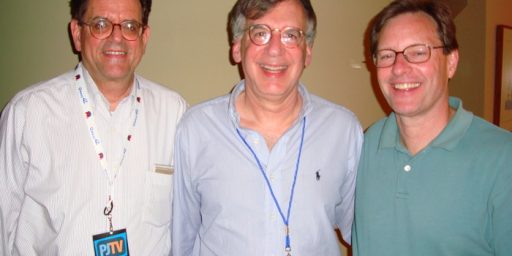