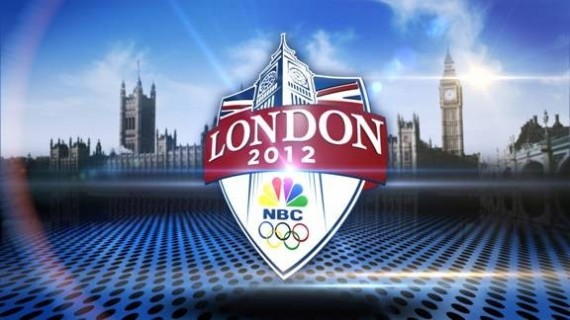 In the age of the Internet, social media, and online streaming video, it is becoming painfully obvious that the Olympic broadcasting model that was perfected by ABC Sports and taken over by NBC in recent years is on the verge of fading away:

NEW YORK — In the age of social media, NBC now has millions of television critics who make their opinions known about every aspect of Olympics coverage instantly.

They’ve even set up their own hashtag on Twitter: (hash)nbcfail. The online complaints focused Saturday on NBC’s decision to air the marquee swimming event won by American Ryan Lochte on tape delay in prime time, and Friday on the network not streaming the opening ceremony online. Sunday’s critics started early: people wondering why the U.S. men’s basketball team’s opening game aired on a cable network while women’s cycling was shown on NBC.

The conversation is so active that NBC’s executive producer of the games, Jim Bell, took to Twitter to answer critics and even change the way NBC is doing something in response.

“(hash)nbcfail is filled with a lot of crying and snark and humor, but NBC can actually learn something from it,” said Jeff Jarvis, a media critic who writes the Buzzmachine.com blog.

Complaints about tape delayed coverage are an evergreen with Olympics held on foreign soil. But the London Games are the first with Twitter, Facebook and other social media sites in full flower, in a mobile phone era where people carry computers that instantly deliver news in their pockets. It has amplified the impatience of viewers who want to see events on their large-screen TVs instantly and haven’t been mollified by NBC’s decision to stream the events live online.

James Poniewozik, Time magazine TV critic, tweeted that “NBC tape delay coverage is like the airlines: its interest is in giving you the least satisfactory service you will still come back for.”

That drew a quick response from NBC’s Bell: “You do know that all sports events are being streamed live right?”

“I do, indeed!” replied Poniewozik. “Have enjoyed it. Apparently a lot of folks still prefer watching it on TV.”

NBC says it saves big events for prime-time airing because that is when most viewers are available to watch them and where the network makes the bulk of its advertising revenue. Since prime time on the U.S. East Coast coincides with 1 a.m. London time, there are no events to air live then. NBC representatives noted that there were 39 hours of live events Sunday on NBC and its affiliated networks.

Jonathan Wald, who produces Piers Morgan’s CNN talk show and used to work at NBC, tweeted that “the medal for most Olympic whining goes to everyone who complains about what happens every four years. Tape delay.”

One of those complainers, in fact, was Morgan: He tweeted his disdain Friday for NBC’s decision not to make the opening ceremony available live.

As it turns out, NBC’ is likely to justify it’s tape-delayed broadcast of Friday’s Opening Ceremonies by pointing to the fact that the broadcast was watched by an estimated 40 million viewers, a Nielsen record for such events. Nonetheless, as James Joyner pointed out in his post on Friday evening, there was no small degree of absurdity in the manner in which NBC’s tape delayed broadcast was treated even by other news agencies as if it was “Breaking News.” Indeed, as I was wrapping up work on Friday afternoon here on the East Coast, CNN was showing still shots of the Opening Ceremonies that were going on at that very moment and hinting at “surprises.” Presumably, their unwillingness to show or discuss anything more was due to the exclusivity rights that NBC had to Olympic broadcasts in the United States, and the all encompassing “rules” imposed by the International Olympic Committee. The absurd part of it all was that anyone who really wanted to watch the Opening Ceremonies live on Friday afternoon could have done so by accessing any number of completely legal online video streams, so the attempts by NBC to create some air of mystery about the event was really quite absurd.

NBC is live-streaming every event on its website, but Americans can only access that stream if they are a cable television subscriber, thus leaving the increasing number of people who are leaving television behind without any options. That probably doesn’t account for many people now, but in four or either years its likely to be a very different story, and NBC and the IOC are going to have to find a way to reach that audience.

With the Opening Ceremonies over, NBC is now required to maintain the two week mirage that much of their high-profile coverage, especially of events that involve American athletes, is really actually in doubt. It’s a problem that any network that covers the Olympics has to face, of course, and the five hour delay between New York and London is not nearly as problematic for programming purposes as the twelve hour delay between New York and Beijing in 2008 or the fourteen hour delay between Sydney and New York in 2004. Nonetheless, I have already woken up this morning to the news station my alarm clock is tuned into with a sports report that starts out with “Spoiler Alert.” And even with the events taking place in London, that still means that most of the important events will occur outside of American prime time television hours. In an era where there were just three television networks and no Internet, that was probably a viable way to broadcast a sports event, I’m not so sure it works in an era of instant communication.