The “trend toward dynasty politics” is getting out of hand, Charles Mahtesian argues in Politico. [Obama’s] secretary of state will be Hillary Clinton, the wife of the former president. The Senate seat she’ll vacate is being pursued by Caroline Kennedy, the daughter of a president and the niece of two senators. Joe Biden’s Senate seat may go to his son Beau. Colorado Sen. Ken Salazar, Obama’s pick for interior secretary, could end up being replaced by his brother, Rep. John Salazar.

And Obama’s own seat could go to the son of the Rev. Jesse Jackson Sr. — less likely now in light of developments in the Rod Blagojevich scandal — or to the daughter of Illinois’ current House speaker.

The U.S. Senate could end up looking like an American version of the House of Lords — and Republicans have begun to take notice.

Jesse Taylor takes an odd path on this one, snarking, “The solution, obviously, is to appoint orphans to everything” and clarifying that “To be clear, the issue isn’t that nepotism and dynastic tendencies are actually good things.  It’s that any administration is going to choose people who have family members, many of whom will have political aspirations.”

Now, while I agree with Steve Benen that Mahtesian’s piece is a bit over-the-top, not least of which because it “relies on the mere possibility of Kennedy, Salazar, and Jackson appointments to bolster its argument, not to mention the notion that Beau Biden may or may not run in 2010.”   Still, it’s not unreasonable to wonder about the propriety of appointing family members to posts when there are usually more qualified people available.

And even Mathesian admits that this is hardly a new phenomenon:

There is a rich bipartisan history of dynasty in American politics that dates all the way back to the Founding Fathers; Obama-Biden actually represents the first winning ticket since 1976 without a son or a grandson of a U.S. senator on it.

In 2008, the storied Udall clan, sometimes referred to as the Western Kennedys, saw two members elected to the Senate— Mark from Colorado and Tom from New Mexico. In 2010, they could be joined in the Senate by Florida’s Jeb Bush, the son and brother of presidents and the grandson of a senator.

All told, it’s entirely possible that the Senate will be comprised of nearly a dozen congressional offspring by the end of Obama’s first term as president.

We should, however, separate two phenomena:  politicians with famous names getting elected partly on the basis of the advantages so conferred and relatives of politicians being appointed to vacant offices.   The latter strikes me as infinitely more troubling than the former.

In the first instance, it’s simply a fact that sons, daughters, and even wives of politicians have an unusual interest in politics and often develop political ambitions.  They shouldn’t be precluded from seeking political office any more than the sons of generals and admirals should be dissauded from following in their fathers’ footsteps.

It’s unfortunately true that they have unfair advantages.  Hillary Clinton would have had zero chance of getting elected to the Senate in 2000 — let alone been a plausible candidate for the presidency and now secretary of state — had she not been First Lady for eight years.  She simply lacked the resume typically needed to aspire to those jobs or the charisma that Obama used to compensate for his lack of same.   Even Clinton, though, didn’t win simply because she was “Mrs. Bill Clinton.”   Rather, being First Lady gave her extraordinary name recognition, a huge Rolodex and campaign infrastructure, and she’d demonstrated her talents in a giant international spotlight.

Certainly, George W. Bush and Jeb Bush benefited from being the sons of the first President Bush.   It’s possible that either of them would have been elected to governorships, anyway, owing to being independently wealthy and having built networks in their home states.  But, certainly, they benefitted from the Bush name and access.

Far more troubling are the <strike>Mary Bonos,</strike>* Lisa Murkowskis, Jean Carnahans, and (potentially) Caroline Kennedys.  These people catapulted over dozens (if not tens or hundreds of thousands) of more qualified people to get appointed to high office.  Their sole qualification for the job, really, was being related to politicians.

There’s not much that can be done about the first phenomenon, either. If the public wants to elect people with familiar names, it’s hard to come up with a compelling reason to preclude them from doing so. It would, however, be easy to preclude governors from appointing relatives of current or recent officeholders to key posts; better yet, we could take away the appointment power altogether for elective offices, requiring special elections be held.

____________
*Commenter RW Rogers correctly points out that House members are never appointed.  Bono won a special election for her late husband’s seat.  She was a 36-year-old neophyte when she took the seat but has, presumably, done an able job given that she has subsequently been reelected five times. 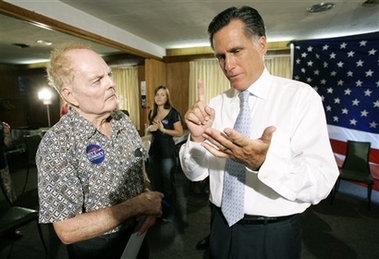