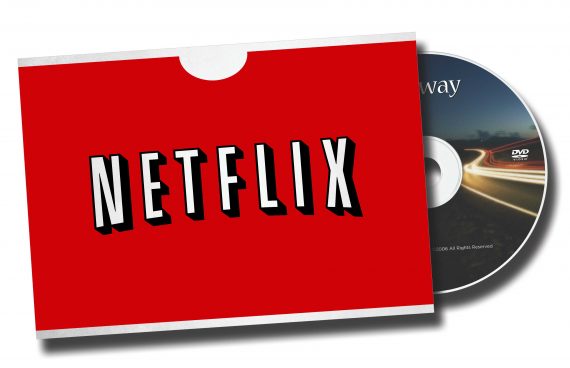 Less than a month after announcing that it was splitting its DVD and streaming services into separate companies with separate subscription methods, Netflix has done a complete 180 and will keep both services under the same roof:

Abandoning a break-up plan it announced last month, Netflix said Monday morning that it had decided to keep its DVD-by-mail and online streaming services together under one name and one Web site.

The company admitted that it had moved too fast when it tried to spin-off the old-fashioned DVD service into a new company called Qwikster.

“We underestimated the appeal of the single web site and a single service,” Steve Swasey, a Netflix spokesman, said in a telephone interview. He quickly added: “We greatly underestimated it.”

Mr. Swasey said that the Netflix chief executive Reed Hastings declined an interview request. But in a statement, Mr. Hastings said, “Consumers value the simplicity Netflix has always offered and we respect that. There is a difference between moving quickly — which Netflix has done very well for years — and moving too fast, which is what we did in this case.”

Mr. Swasey declined to comment on any involvement by the Netflix board in the decision to keep the two services together.

Netflix said it never actually separated the services or started Qwikster. But the Sept. 18 announcement that it intended to do so stoked anger among Netflix customers, some of whom were already incensed by a price hike.

In a blog post that day about the plan, Mr. Hastings wrote, “Companies rarely die from moving too fast, and they frequently die from moving too slowly.” His implication was that Netflix had to act aggressively to expand its fast-growing streaming service by severing its older, slower DVD-by-mail arm.

In a sentence that now seems like a bit of foreshadowing, Mr. Hastings also wrote, “It is possible we are moving too fast – it is hard to say.”

Netflix said that day that the separation would take effect in a few weeks. But tens of thousands spoke out against the plan on Netflix’s Web site and others, and Netflix stock slid sharply.

Three days after the announcement, Mr. Hastings wrote in a Facebook status update, “In Wyoming with 10 investors at a ranch/retreat. I think I might need a food taster. I can hardly blame them.”

Despite the apparent economics rationale for the decision, rooted in licensing issues with the Hollywood studios, there’s no doubt that Netflix did a horrible job of rolling out these change, just as they’d done a horrible job of rolling out the pricing changes back in July. At some point, the streaming and DVD services will probably have to be separated, or the DVD business will just die away the way VHS tapes did.When it happens, though, Netflix will have to do a better job of explaining what’s happening to its customers.

It is clear that for many of our members two websites would make things more difficult, so we are going to keep Netflix as one place to go for streaming and DVDs.

We value our members, and we are committed to making Netflix the best place to get movies & TV shows.

So, in some sense, the consumer wins here, although it still seems as though the issues remain between Netflix and the studios that will continue hold streaming back from its full potential for the time being. It will be interesting to see how this all gets resolved.