Keep that gift card in your wallet too long and the government may come for it. 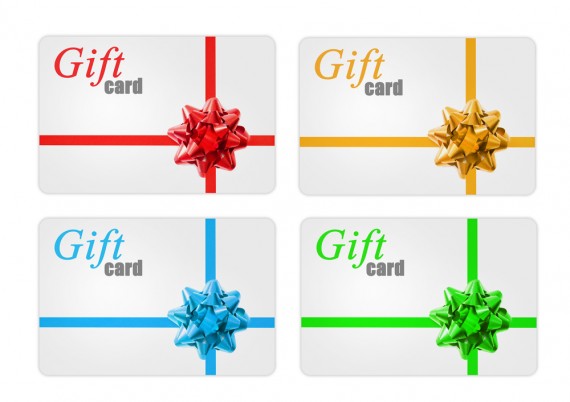 A law that was passed in New Jersey two years ago, but is only going into effect now due in part to legal challenges, is threatening to do serious damage to the gift card industry in the Garden State:

Pursuant to a law passed two years ago, the New Jersey Department of the Treasury will soon compel sellers to obtain the ZIP code of every buyer of a gift card in order to enable the state to expropriate the value of the unused card as “unclaimed property” after two years.  The  law also applies to unused travelers’ checks and money orders in addition to gift cards

In 2011  the state seized $79 million of such “unclaimed property”  under the law.  There was huge outcry and a lawsuit quickly followed that resulted in an injunction against the collection of ZIP codes.  But this injunction has just been lifted, although the case has not yet been resolved.  American Express has responded by pulling its gift cards from pharmacies, supermarkets and convenience stores.  Two third-party providers of  gift cards to malls, convenience stores and grocery stores, Blackhawk Network and InComm, have followed Amex’s lead and announced that they will stop doing business in New Jersey in June.  The reason is that it is impossible to ensure compliance with the ZIP code mandate when the cards are sold by other parties.

This isn’t a provision of law that’s unique to New Jersey. According to this website, 27 states have provisions that in their unclaimed property laws that apply to gift cards, cash balance cards, and gift certificates. In most states, though, the definition of what is subject to the state’s escheat laws is far more limited than the broad definition that New Jersey appears to be using. Additionally, the perdod of time that must pass before which the balance on a card is considered abandoned is longer than the two years that New Jersey’s law allows, most states allow three years to pass before the balance is considered abandoned and some allow as many as five years to pass.

That last point points out what may be one of the most unreasonable thing about the law. The fact that the some portion of the  balance on, say, an American Express Gift Card, remains unused after only two years is hardly a reliable sign that it has been willfully abandoned by the owner of the card. It may just be that they’ve decided to hold on to the card for use only in an emergency, or that this was a card that was given to a college student as an “emergency fund” when they started school. If the balance remains unused after five years, you could perhaps make a reasonable argument that the property has been abandoned. Two years? Sorry New Jersey, you’re being just a little too eager to get other people’s money there.

The other problem with the law is the bookkeeping headache it creates for business owners all across the state. These “co-branded” gift cards are sold in any number of retailers from grocery stores, to pharmacies, to smaller convenience stores that maybe allow a small kiosk in their store as a way to generate more income. With the injunction mentioned in the above-quoted text now lifted, all of these retailers would be required to start keeping note of the Zip Code of each person who buys one of the gift cards, and reporting the same to state even though they have no way of knowing if the information provided by the customer is accurate. Of course, the more likely outcome is that the gift card providers will simply follow the lead of Amex, Blackhawk, and InComm and stop doing business in the state as long as the law in effect. As a result, all the law would really succeed in doing is driving a business out of the state.

One New Jersey newspaper is calling on the state legislature to repeal the law:

There’s much more wrong with this law than postal code data collection. While the gift cards’ unused value will not be taken directly from consumers, if the law stands retailers may start putting two-year expiration dates on cards. (Otherwise, they might have to “eat” the value taken by the state to honor cards from customers who show up to redeem them after two years and a day.)

All of this runs counter to the welcome trend of businesses starting to issue “never expire” cards, with no inactivity fees. Consumers yelled long and loud to fight these booby traps.

Does the state really need this money so badly? Does it really need to create hassles for retailers? No, in both cases.

This unwise, confiscatory law also applies to phone cards and travelers’ checks. With the American Express move the start of a revolt by card issuers, lawmakers should repeal the law.

UPDATE (James Joyner): I addressed this notion a couple years back when the District of Columbia passed a similar law (“DC Sues AT&T for Unused Customer Minutes“). The uptake:

I don’t know the status of these other suits, but agree with Radley Balko that the idea is laughable.  He quips, “Next up, D.C. sues Burger King for stray fries that go uneaten after falling to the bottom of the drive-thru bag.”  Indeed.

Escheat makes some sense in the case of physical property that is ownerless or unclaimed.  For example, property owned by  someone who dies without a will or survivors escheats to the state.  Ditto, say, tax refunds that are unclaimed after a certain period of time.  Something has to happen to that property, after all, and the government — representing the community — is the natural beneficiary of last resort.

In the case of calling cards or gift cards, however, we have a contract between a firm and an individual:  A $50 gift card allows the holder to buy $50 of goods or services from the firm within a specified period of time.  The failure of the holder to cash in the cards does not — or, at least, should not — create cash value that defaults to the state.  Lots of transactions with theoretical value go uncompleted and the beneficiary is the other party.

If, for example, I promise to buy someone a beer the next time they’re in town but they don’t come back to collect the beer, do I owe the mayor a beer?  Or, using the example here, the retail value of said beer?  Do I have to leave him a tip, too?

Gift Cards With A Ribbon image via Shutterstock 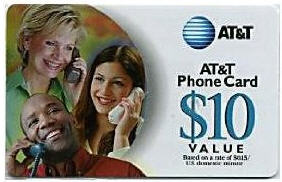