NOT ANOTHER VIETNAM II

Austin Bay picks up where Stephen Green left off.

As a military pal recently said to me, if Vietnam were Iraq, the United States would have occupied Hanoi, killed or dispersed the Politburo and utterly destroyed the North Vietnamese Army. Laos and Cambodia would not have served as sanctuaries for communist troops and supplies. (Syria understands this difference.) Southerners from Saigon would be part of a new national council in the process of drawing up a democratic constitution. 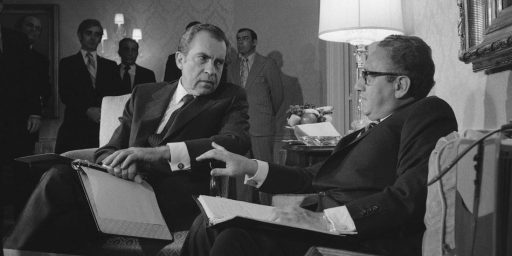 What Obama Could Learn From Nixon