Corporal John Harrison (left) was killed in the SAS-led operation to rescue British journalist Stephen Farrell (right), which was launched after officials received intelligence that he was about to be moved into Pakistan's tribal areas

Tunku Varadarajan argues the New York Times has a moral obligation for getting two people killed by sending Stephen Farrell into a situation it knew was treacherous in order to get a scoop.

Stephen Farrell was a British citizen reporting from Afghanistan. He’d received very strong advice from British troops to stay out of a Taliban-controlled sector into which he was planning to venture in search of a story. Ignoring that advice, Farrell entered the sector with his Afghan interpreter. Both men were seized by the Taliban within hours, and held captive in conditions that led the British to fear for the life of one of their citizens–hence the rescue mission, in which a British soldier was killed. (The hapless interpreter died, too.)

[…]
That said, let us put moral questions to one side and ask what–now–the duty of The New York Times is. What price should it pay for the trouble caused by its reporter? Here’s my answer: If The New York Times really does subscribe to this philosophy–the public’s right to know, the journalist’s duty to be skeptical of authority, etc.–it should reimburse the British government for the cost of the mission to save Farrell (even if it means taking another loan from Carlos Slim) and compensate the dead soldier’s family. (That it should compensate handsomely the family of the Afghan interpreter who died is not even open to discussion.) After all, the military has quite enough on its plate not to have to worry about extracting reporters from deadly contretemps of their own making.

Farrell took a huge risk on behalf of his for-profit employer to give it an edge in the news business. Afghanistan is an extremely competitive beat; and war and competitive journalism make for a very perilous–and profitable–alloy. So whereas one would be loath to corral and stifle reporters, why can’t there be some financial incentive for journalists to behave responsibly when they venture into battlegrounds? Why not bill publications for the cost of a rescue and require journalists to give half the royalties from any books they write to the military, in the event of a costly rescue?

Andrew Exum links without comment, aside to say these are “some really good questions.”  And I suppose they are, if by “good” we merely mean “likely to spark debate.”

Now, Varadarajan states clearly in the article that governments will be overly cautious — and even sometimes have ulterior motives — in making decisions about where journalists should go and that there are times when journalists simply have to go where the story is.   But, while he’s right that the NYT is in business to make money and that they often treat safety concerns as if war was a game, they’ve got every right to do so.  And, more often than not, the public profits from their willingness to take risks, even when it’s foolish.

The commandos who risked their life to save Farrell did so for the same reason that Farrell put himself into a situation where he could be captured:  It’s what they do.

The NYT owes the family of Corporal John Harrison, the SAS trooper who died in the rescue, nothing more than gratitude.  He did what he trained and bloody well knew the risks when he signed up. Frankly, it would be insulting to offer them money.  Their son died fighting for queen and country, not as a private mercenary for a newspaper.

Yes, journalists are a pain in the ass and Harrell’s capture led to a mission that put troops in harm’s way without any foreseeable advancement in their overall mission.  But, while I’m not sure how think tanker Exum feels about it, I’m quite sure that Ranger Exum would have gladly led such a mission.  (1LT Joyner’s skill sets would not have been suited for such a mission, although I’d have been happy to send a few rockets downrange after it.)

Who Dares  Wins. Rangers Lead the Way.  They’re more than slogans. They’re a way of life.  All too often, a short one. 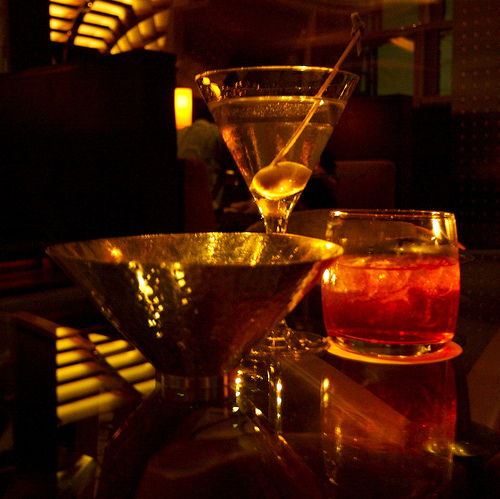