POLITICO has a new eBook on the Obama campaign and wants you to buy it. 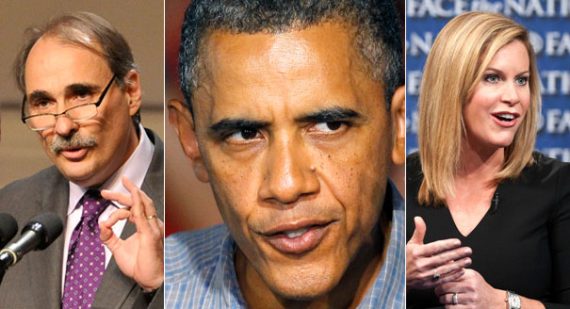 POLITICO has a new eBook on the Obama campaign and wants you to buy it.

President Barack Obama’s campaign team, celebrated four years ago for its exceptional cohesion and eyes-on-the-prize strategic focus, has been shadowed this time by a succession of political disagreements and personal rivalries that haunted the effort at the outset.

Second-guessing about personnel, strategy and tactics has been a dominant theme of the reelection effort, according to numerous current and former Obama advisers who were interviewed for “Obama’s Last Stand,” an e-book out Monday published in a collaboration between POLITICO and Random House.

The discord, these sources said, has on occasion flowed from Obama himself, who at repeated turns has made vocal his dissatisfaction with decisions made by his campaign team, with its messaging, with Vice President Joe Biden and with what Obama feared was clumsy coordination between his West Wing and reelection headquarters in Chicago.

The effort in Chicago, meanwhile, has been bedeviled by some of the drama Obama so deftly dodged in 2008 — including, at a critical point earlier this year, a spat that left senior operatives David Axelrod and Stephanie Cutter barely on speaking terms — and growing doubts about the effectiveness of Democratic National Committee Chairwoman Debbie Wasserman Schultz.

Unless the Obama campaign had a band of POLITICO reporters with insider access in 2008, comparisons are rather meaningless. In any case, it would hardly be shocking if there’s more discord this go-round than last. The 2008 campaign was a perfect storm: the nation was tired of the Republican Party after eight years of Bush; the economy was in a tailspin; Obama was a charismatic young guy running against a cranky old guy; Obama had essentially no record to pick apart; and Obama had a massive resource advantage that allowed him to bury the opposition in an avalanche of negative advertising. Now, the nation is tired of Obama, the economy is still lousy, Obama’s the incumbent president, and the Republicans have a much bigger war chest. So, yeah, I’d say they’re reasonably more nervous this time out. And, yet, they’re still leading in the national polls and have several plausible scenarios to an Electoral College victory to few for their opponent.