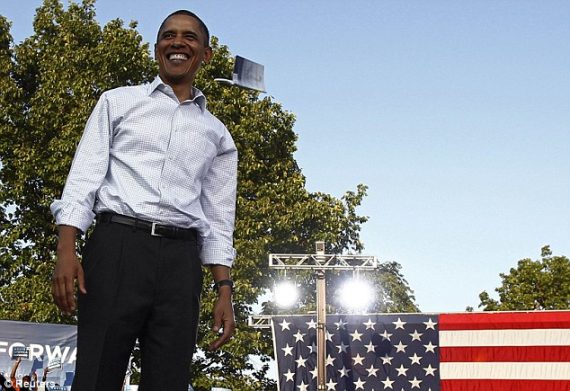 A slight security lapse at a rally in Philadelphia yesterday:

This is the astonishing moment a book was apparently hurled at the head of President Barack Obama during a campaign rally in Philadelphia.

It is not clear what the book was, where it came from in the crowd, or why it was thrown at Mr Obama – who did not appear to notice the danger.

As it turns out, there really wasn’t any danger at all as CBS White House Reporter Mark Knoller reported this morning on Twitter:

Secret Service says it interviewed book thrower & deemed there was no threat intended – he just wanted Obama to have a copy of his book.

A spokesman calls the book thrower “overexuberant.” He exercised bad judgment, said a USSS spokesman, but was not arrested or charged.

I suppose that’s one way to promote your book.