Odd Memeorandum Screenshot Of The Day

When I looked a moment ago at Memeorandum, this is one of the things I saw: 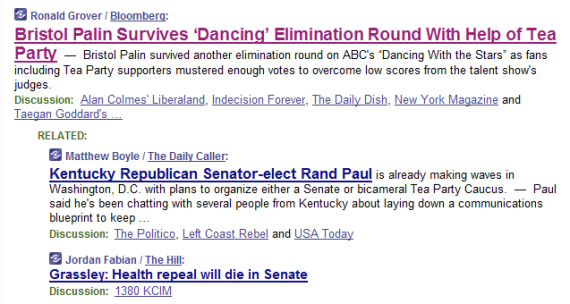 I’m not sure what exactly it might be that Bristol Palin, Rand Paul, and Iowa Senator Chuck Grassley have in common. I’m not sure I want to know, either.