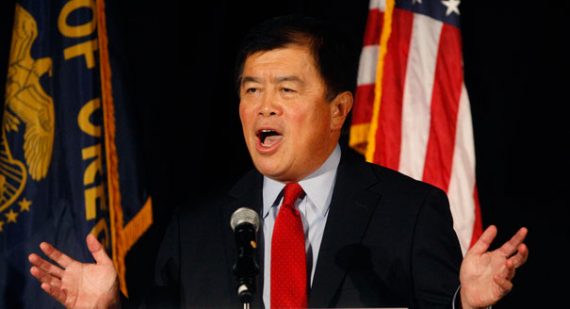 An update to Steven Taylor’s post as The Hill reports that scandal plagued Oregon Democrat David Wu is resigning from Congress:

Rep. David Wu (D-Ore.) announced Tuesday he will resign from Congress after the debt limit crisis is resolved.

“It has been the greatest privilege of my life to be a United States Congressman,” Wu said in a statement. “Rare is the nation in which an immigrant child can become a national political figure. I thank God and my parents for the privilege of being an American.

“The wellbeing of my children must come before anything else. With great sadness, I therefore intend to resign effective upon the resolution of the debt-ceiling crisis. This is the right decision for my family, the institution of the House, and my colleagues.”

Wu’s announcement comes after reports surfaced that he was involved in an unwanted sexual encounter with a teenager and a day after he said he did not plan to resign from office but would not seek reelection.

Wu obviously has some rather serious emotional and mental issues he’s been dealing with, one hopes he gets the help he needs.

For now at least.