The Occupy Bunghazi Edition OTB Caption ContestTM is now over.

The Occupy Bunghazi Edition OTB Caption ContestTM is now over. 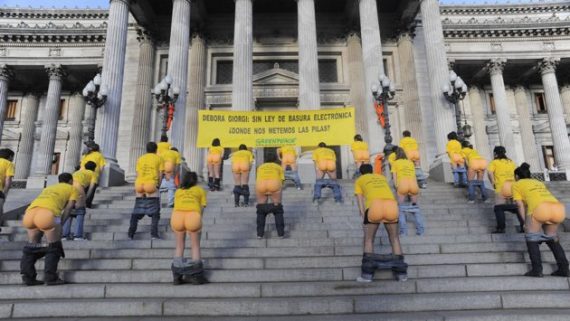 First: Wyatt Earp – “Give me your tired, your poor, your huddled asses…” (yearning to poop free – rodney)

Third: Neil Hudelson – The idea of cooperation in resolving the fiscal cliff dilemma receives a warm welcome in the House.

Hal 10000 – Interviews for the new Director of the CIA have begun.

Herb – Greenpeace protestors demonstrate the proper way for American right-wingers to protest the “Benghazi cover-up:” Show everyone your ass.

To the victor belongs the soils

If you don’t lead in the polls the view is always the same.