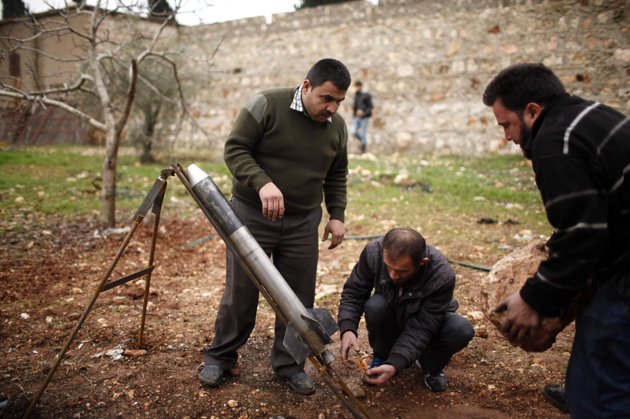 First(tie): Donald Sensing – “Of course this will work. I read it on the Internet!”

Second: markm – Obama: “Sequestration cuts will not only cause the elderly to form street gangs to steal cat food for their survival……but…we will have to subcontract Hamas to get bottled water to the International Space Station…”

Third: Tony W – Hey Aziz, forget the wiring, I can never figure that stuff out either Grab that board over there and let’s just launch it with this big rock!

Drew – Some assembly required my ass……

He who must not be named – As Majority Leader Reid noted, the training cuts caused by the sequester have had devastating effects on the military.

“Of course it will work, I mail-ordered it from ACME”

…but will the Bim explode?
Bim? you said Bim?
Yes that is what I said.

The Thursday Contest does not have the brides you are looking for.