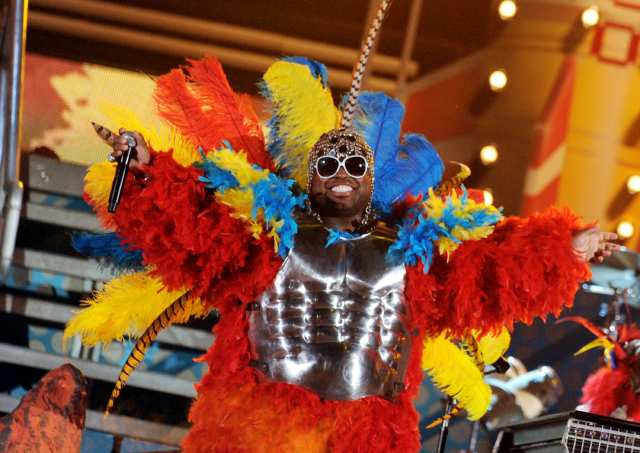 Third: JazzShaw – While the discovery of other intelligent life in the galaxy was exciting, initial attempts at communication were disappointing at best.

Michael Hamm – Iron Man comes out of the closet.

Stormy Dragon – You just can’t pull off the mummer strut without a string band.

MikeM_inMd – Has anyone seen my Tennessee Lamb?

charles austin – Ok, so do we blame Sarah Palin or Glenn Beck?

Governor Walker sends a spokesperson to give a message to the Wisconsin striking teachers and the Flee Party Democrat representatives, as only Cee Lo can provide.

The Thursday Contest wants you to leaf it alone.