The "SERENITY COW" Edition OTB Caption ContestTM is now over.

The “SERENITY COW” Edition OTB Caption ContestTM is now over. 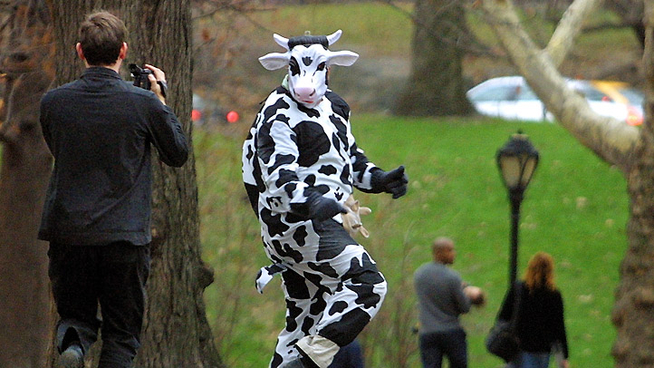 Second: Robert W. Armijo – Despite government assurances, clearly fall out side effects from the Fukushima Dai-Ichi nuclear power plant accident has begun to show up in our milk supply.(Cowzilla? – rodney)

The Fury – I feel udderly ridiculous.

John Burgess – Your milk or your life!

Outstanding in Her Field.

As the cow reeled around, Edmund realized he had said “Parkay” just one time too many.

DRUDGEBREAKING: New photographic evidence shows how Osama Bin Laden was able to appear publicly in Pakistan without being detected. developing….

When she blushed the answer to the age old question was answered once again.

Bossy? Who you callin’ bossy?

The Thursday Contest is already in another stick situation… room….

There’s No Substitute for Inspections