The It's good to be Putin Edition OTB Caption ContestTM is now over.

The It’s good to be Putin Edition OTB Caption ContestTM is now over. 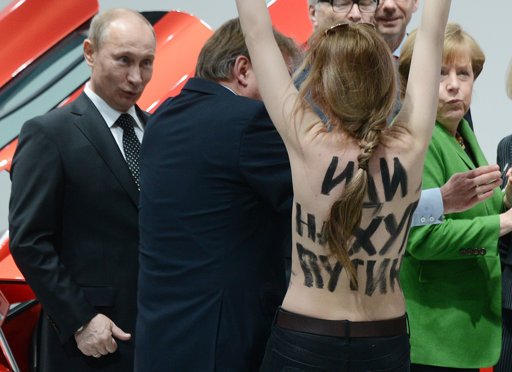 First: JKB – Turns out there is a form of free speech Putin approves of

Paul Hooson – Since his recent crackdowns on free expression, opponents of Putin are going tit for tat.

Mr. Prosser – Wow, Angela, is that a Master’s jacket?

OzarkHillbilly – “Oooooohhh…. Nice titties.” was not the response she was looking for.

Michael Hamm – Now give me my beads?

Peterh – knowing the diversity of the attendees, the event caterer made sure all types of appetizers were available…

Putin and put out

“It rubs the lotion on its skin, or it gets Gulag again.”

“Do those knobs go all the way to eleven?

SPECIAL GUEST: Paul Hooson – A boy tells his dad, “Hey, who makes the worst tit jokes?”. The dad replies, “Who son?”. The boy disappointedly replies, “Oh, fuck you guessed it!”.

The Monday Contest already has its head in the sandsnow.