The In Sheep Dip - Baaaa'd Puns Edition OTB Caption ContestTM is now over.

The In Sheep Dip – Baaaa’d Puns Edition OTB Caption ContestTM is now over. 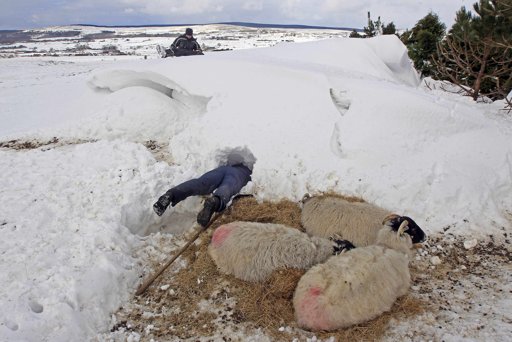 First: MstrB – Later, the sheep told the police he was just trying to help push the man through the snow. (…and the charges were reduced to just following too close – rodney)

Second: grumpy realist – Shepherd Perry discovered that his new bio-engineered sheepdog was stronger than he expected.

Third: Hal 10000 – MSNBC’s reaction to being asked to break from their coverage of sheep herding to cover the Gosnell trial.

Donald Sensing – “They told me to butt out and I took them seriously.”

Red Barchetta – I guess turnabout is fair play……….strike the pose.

David in KC – There is someplace where the sheep aren’t scared.

“The Fleece is Strong with this one.”

No sheep were safe in Oz given the unprecedented Adam Scott win last weekend.

The Suicide photo bomber movement failed to achieve much momentum.

The Thursday Contest already has brought in the big guns.