The Number Five Is Alive Edition OTB Caption ContestTM is now over.

The Number Five Is Alive Edition OTB Caption ContestTM is now over. 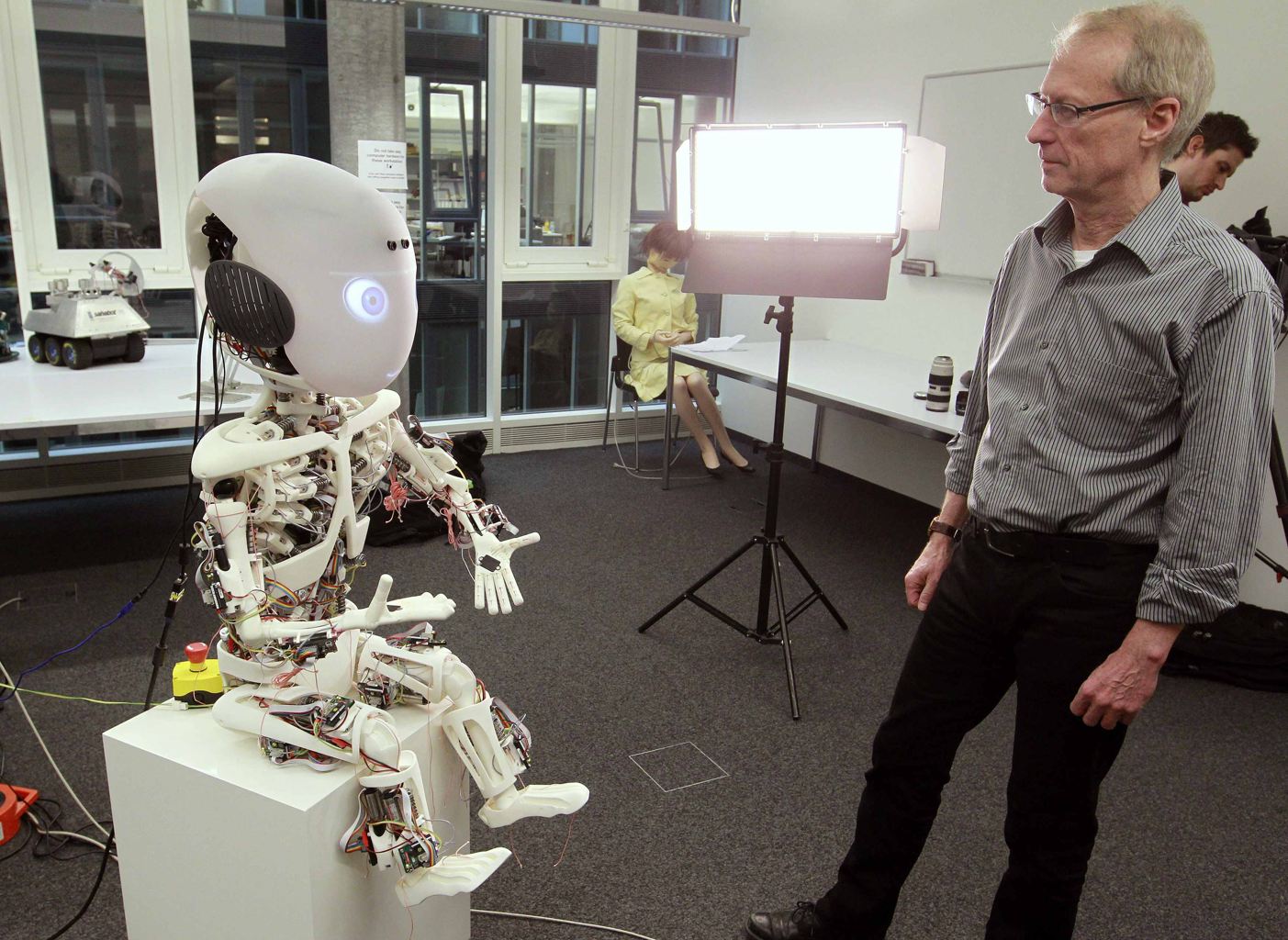 First: Donald Sensing – “So he says to me, ‘Go on the Sunday shows and blame Benghazi on a Youtube video.’ And I say, ‘I’m a robot, not an idiot.’ And he says, ‘Okay, I’ll send Susan.’

Second: stonetools – “Look, you stupid human, how often do I have to explain this?”

Third: JKB – Now, in public, with a photographer present, Jason realized flipping the on-switch at its current mounting location would appear wrong.

Patrick McCain – “I had a great job on an assembly line before those undocumented bots from Mexico started working for practically nuthin’.”

CSK – “Look, I’m not asking for a total re-design. I’d just like it if you could remove the frigging stigmata from my palms.”

John425 – Inventor explains the design difference between “neutral” and “neutered” to unhappy robot.

OzarkHillbilly – After failing to get the role of Spock in the latest Star trek movie, the robot needed intense counseling.

Robot: “I just don’t see that the three laws of robotics are really constitutional.”

Robot: “Uh… explain it again… Just why do I need you?”

Robot: “So this Chinese family’s house caught on fire, they put it out, but it started again an hour later….”
Man: “Don’t you know any jokes that are funny”
Robot: “What’s funny mean?”

The Monday Contest was hoping for better service.

Mother of JonBenet Ramsey Dead at 49