The Chain Gang Edition OTB Caption ContestTM is now over.

The Chain Gang Edition OTB Caption ContestTM is now over. 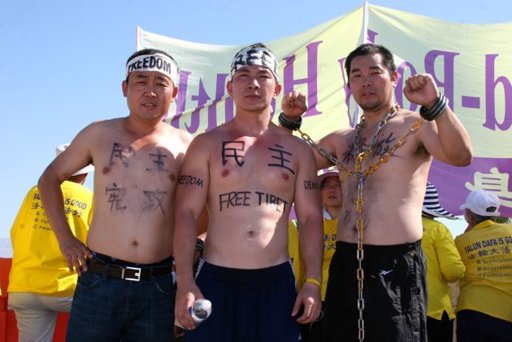 First: al-Ameda – Mom would be proud.

Second: John425 – Trio: “We were so lucky to escape China and now are free in North Korea!”

Third: He who must not be named – Larry, Moe and Hu Dini.

Tony W – Femen’s new batch of protesters are just not up to the old standard.

“How ’bout a nice game of Tether-monk?”

Cincinatti Red’s fans protest to be free to gamble on baseball.

The Thursday Contest is already without the gate.