The Flash Frozen Edition OTB Caption ContestTM is now over.

The Flash Frozen Edition OTB Caption ContestTM is now over. 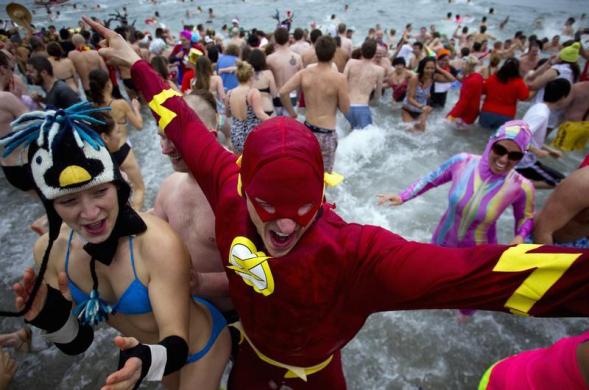 First: David in KC – Where’s Aquaman when you need him?

Second: RockThisTown – Anthony Weiner & Sidney Leathers take a plunge in the cold water – which they both needed.

OzarkHillbilly – TieDye girl just didn’t have the panache of Flash.

He who must not be named – Why Pajamaboy was drinking hot cocoa.

CSK – No one was terribly surprised that the Miley Cyrus remake of Waterworld featured a twerking scene.

JWH – Hilda reflected that she probably should not have capitalized that one letter when asking for a “Flash mob.”

“No not nice… I said your ass was ice.” “Whatever Sheldon.”

The Penguinette countered by flash freezing the superhero.

The Thursday Contest has already made its next move.

From the “Misunderstanding the Way the World Works” File