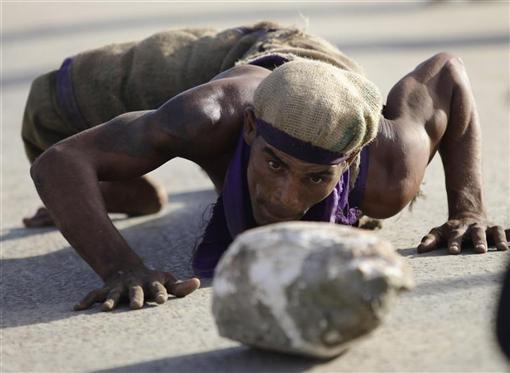 First: Jams3 – He actually thinks he can ‘smell’ what the Rock is cookin’

Second: OzarkHillbilly – For some reason the Olympic sport of curling never caught on in the city streets of the US.

Moosebreath – Be the rock, Luis.

RockThisTown – OK, if you like your rock, you can keep your rock!

C. Clavin – Everyone in Colorado is now stoned.

At that moment Tim Finchem realized that Camilo Villegas had lost it.

Just another Pirates of the Caribbean sequel.

David just couldn’t figure out how to defeat Goliath with his rock and a Slingbox.

The Monday Contest already has a snake in his boot.