The Get Thee To Nineveh Edition OTB Caption ContestTM is now over.

The Get Thee To Nineveh Edition OTB Caption ContestTM is now over. 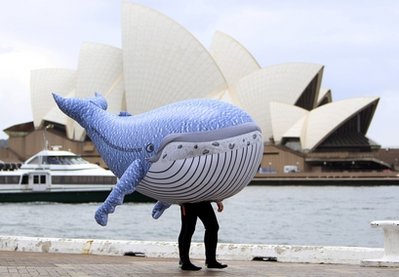 First: Robert w. Armijo – Thanks to advances in GMO biotechnology, Sushi is now self-serving throughout the Pacific Rim.

Second: FormerHostage – And this is why there’s a shortage of whale proctologists.

Third: Anderson – “Does this whale suit make me look fat?”

RT – Some scientists take proving their theories about evolution a little too far.

MstrB- Honest Doc, it was a one in a million shot.

Some of the worst things happen right after the phrases, “Hey Y’all, Watch this,” and “Hold my beer a minute.”