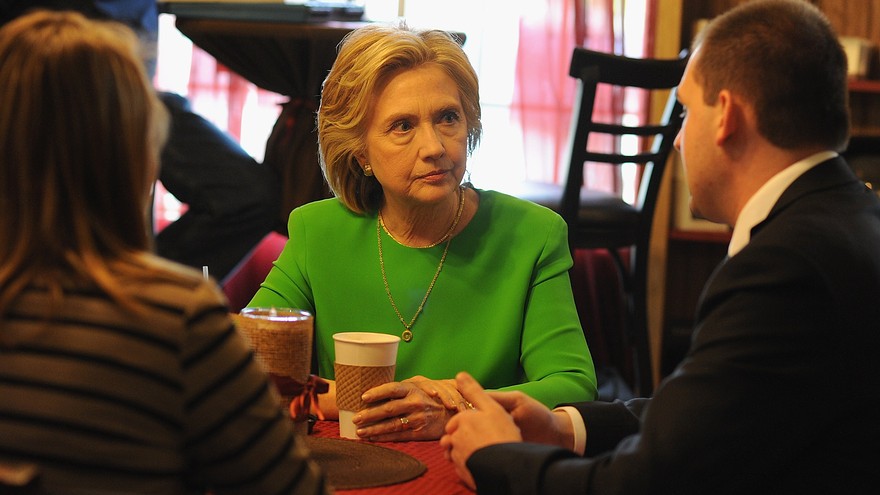 First:OzarkHillbilly – For some reason, Ben Ghazi just could not make Hillary smile.

Second:DrDaveT – I’m gonna kill the staffer who told me it was St. Patrick’s Day.

Third:RockThisTown – “I’m sorry, I have no recollection of anyone named Barack Obama.”

Pinky – I couldn’t decide between Clinton and Dole in 1996, but now it’s almost like choosing both.

Paul Hooson – Not the same Clinton, close but no cigar…

Franklin – Laser eyes boring into you. Or really, just boring you.

Tony W – Hillary is shocked and somewhat concerned to learn that after 25 years of investigation, somebody finally came up with a real scandal! WXYZ news has learned that Ms. Clinton does not, in fact, drink decaf despite her earlier statements that she was caffeine adverse. For more on this developing story we turn to our reporter in the field.

“Pardon me… I think you’ve mistaken me for someone who gives a damn.”

“No, I didn’t mean you’d look better in a blue dress.”

“No, I’m sure I said Clinton moniker… not, Clinton…. Monica…”

“Shut up.” She explained.