The Thick and The Dead Edition OTB Caption ContestTM is now over.

The Thick and The Dead Edition OTB Caption ContestTM is now over.
> 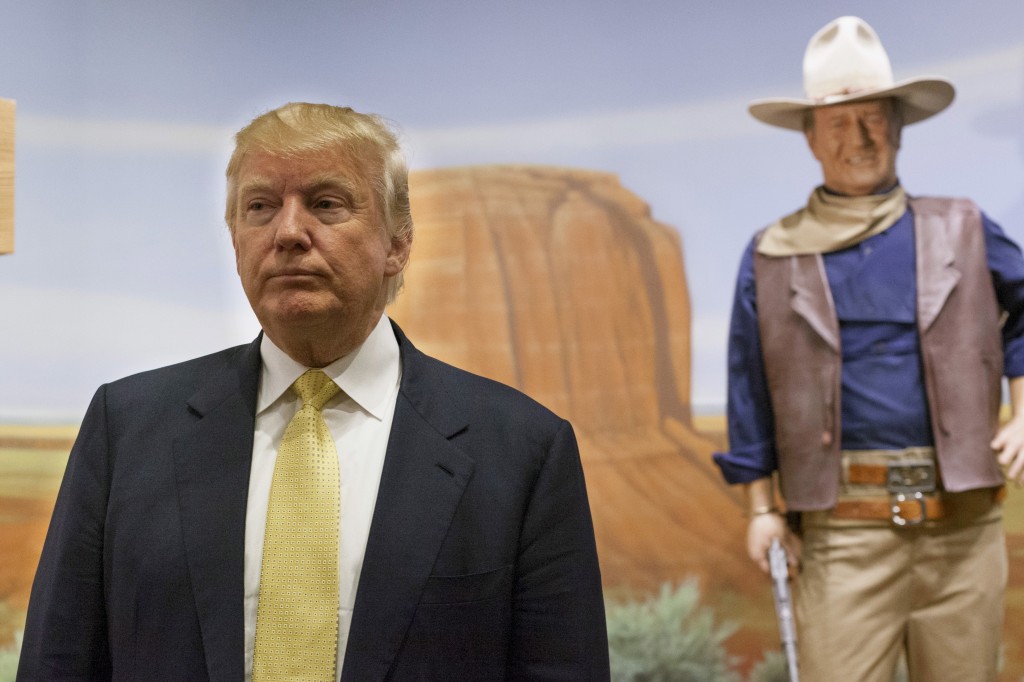 First: Todd – I woulda been a great cowboy … the best .. I’m tellin you, the Indians, they woulda loved me.

michael reynolds – The Duke and the Dick.

OzarkHillbilly – That’s mighty bold talk for a squinty eyed fat man with a ferret on his head.

Surreal American – The Shootist and The Lootist.

Franklin – You feel lucky, partner? Well, do ya?

Robert W. Armijo – “He’s standing right behind me, isn’t he?”

Donald Sensing – I knew John Wayne. John Wayne was a friend of mine. And you, sir, are no John Wayne.

Trump: “You’d do it for Randolph Scott!”

One shoots from the hip, speaks in platitudes, has a distinctive voice, and plastic hair… and the other is John Wayne.