The Lighten Up, Francis Edition OTB Caption ContestTM is now over.

The Lighten Up, Francis Edition OTB Caption ContestTM is now over. 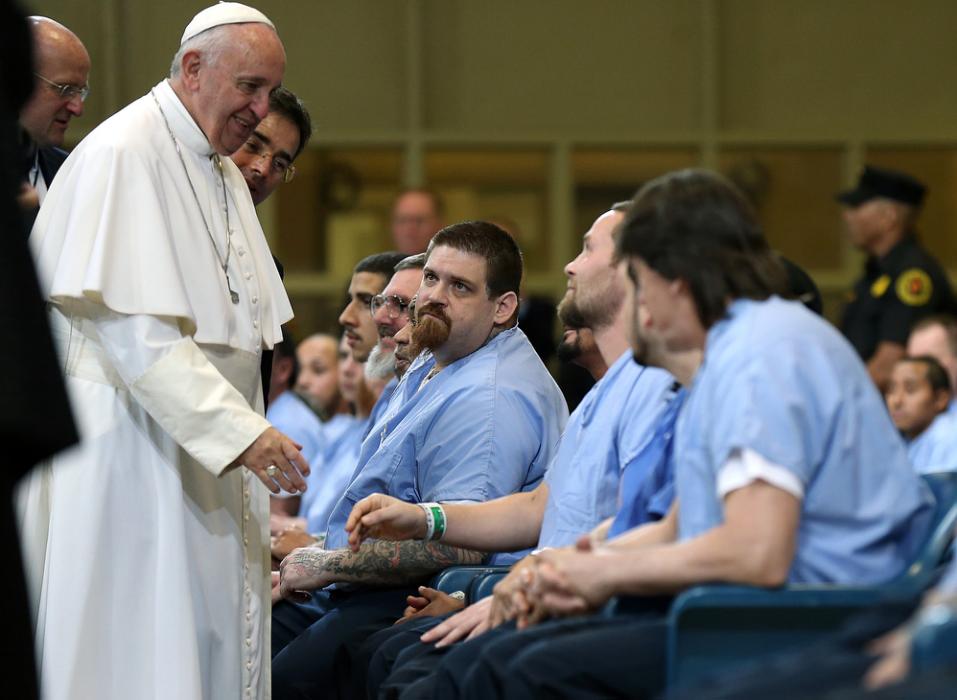 Third: Hal_10000 – The media were surprised and moved by the Pope’s impromptu rendition of “Folsom Prison Blues”

RockThisTown – “Your Holiness, please help us. Michelle Obama has put us on a new diet.” (That’s cruel and unusual – rodney)

Jeron – Unemployed men getting their blessing! Soon to be joined by John Boehner.

John430 – Pope: “Well Paul Hooson. See what happens to you when you continue with the lame jokes?”

“I have sinned your holiness.”
“….just what do you wish to confess.”
“I drew cartoons of the Prophet Muhammad.”
“God forgives you, Je Suis Charlie.”

“I was with the Purple Gang…. Can I see a rabbi instead?”

“I wanna be like Boehner and quit what I’m doing now too.”
“You mean quit doing time?”
“Bingo.”