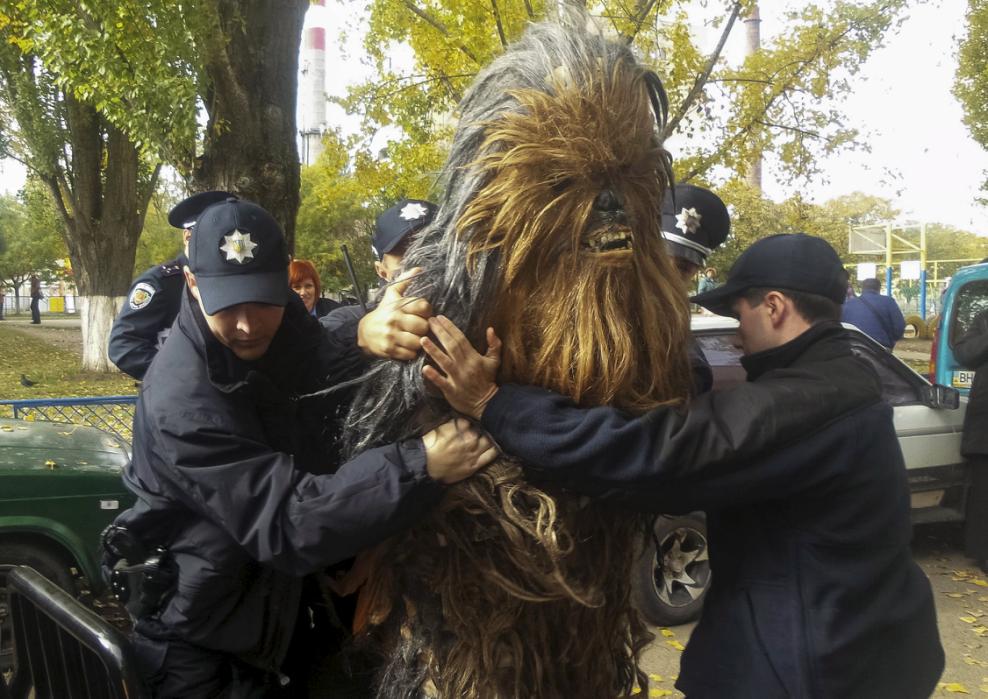 Third: CrustyDem – This is what happens when you don’t let the Wookie win.

Franklin – You’d be angry, too, if your only choice was single-ply toilet paper.

Moosebreath – That’s not the Wookie you are looking for.

Things got weird as Trump’s hair announced its own presidential run.

…and that’s when the first year officer made a Wookie mistake.

Have a Snickers, Mr. Trump. You’re not yourself when you’re hungry

Hillary was a beast every time campaign trail food gave her the Kessel Runs for 12 parsecs.