The Elks Club Edition OTB Caption ContestTM is now over.

The Elks Club Edition OTB Caption ContestTM is now over. 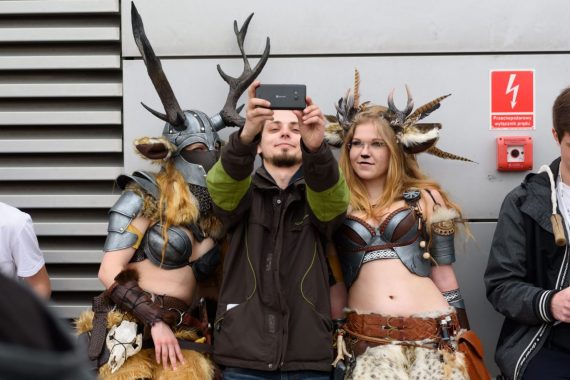 Second: Franklin – Oops, I think my selfie stick is in my pants.

Third: CSK – Some observers found the new costumes for the Minnesota Vikings cheerleaders to be a tad…extreme.

DrDaveT – If Jules in the middle understood what those antlers symbolize, he’d be getting as far from Sylvie as possible…

Donald Sensing – “I use antlers in all of my deeeeecorating!” “Oh what a guy, Gaston!”

Jeron – Hillary supporters who aren’t making their husbands too-happy either.

Ted was going to get lucky until he tried to compliment them saying, “Nice Racks, I like big racks.”

Another Saturday night and I ain’t got to bunnies,
I gotta monkey, but he just got spayed.
And now my wish for some moose to talk to,
It’s been and auk-ful day.