The Nothing Up My Sleave Edition OTB Caption ContestTM is now over.

The Nothing Up My Sleave Edition OTB Caption ContestTM is now over. 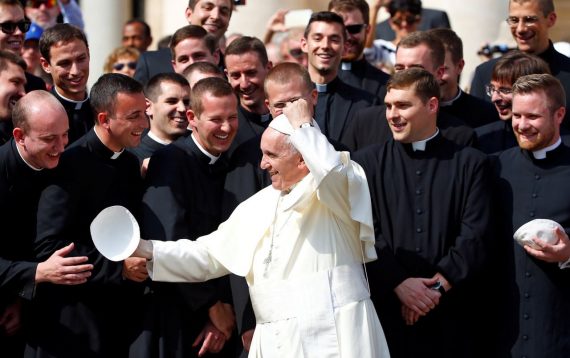 First: Moosebreath – If I have another hidden below this one, that’s a hat trick.

Second: Aelio – The Bernie Sanders of the Popes.

Third: Flat Earth Luddite – No no no, I insist, you take it… it clashes with my other beanie

RockThisTown – Poor Pope – the propeller came off of his beanie cap, so he trades it for another.

Hal_10000 – Pope Francis initiates the first round of frisbee golf in the Vatican.

Guarneri – Go ahead, give it a try. It’s a lot cheaper than the Hair Club for Men.

Mu – “You put superglue in this one, didn’t you”

DrDaveT – “Pull the other one — it’s got bells”

barbintheboonies – I know it fell in the toilet, but I blessed it and kissed it up to God, so put in on.

Paul Hooson – Behind every great priest is a great altar boy…

Eanie, Meanie, Chili beanie, The spirits are about to speak

God’s coming… he’s pissed at me… switch hats so he’ll think I’m you.

OK, 50 priests and a Pope walk into a bar… You’ve heard this one? 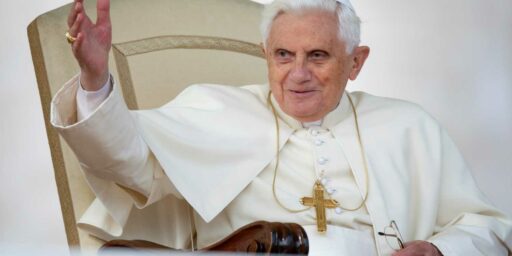