Paul Krugman Turns Down Job He Was Never Offered 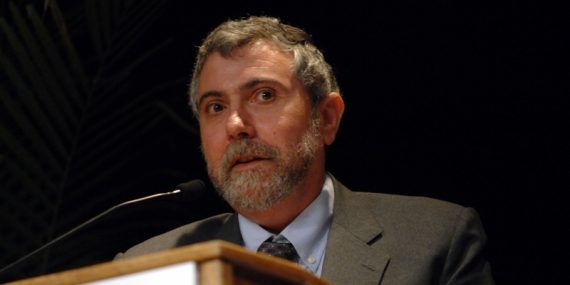 In the past several weeks, fringe elements such as actor Danny Glover and Moveon.org have called on President Obama to appoint New York Times columnist Paul Krugman to replace Timothy Geithner as Treasury Secretary. There’s never been any indication at all that the White House was ever considering Krugman for the job, or even that his name was on the longest of the short lists. Nonetheless, Krugman announced today that he would not take the job:

Part of the reason is that I am indeed the World’s Worst Administrator — and that does matter. Someone else can do the paperwork — but an administrative job requires making hiring and firing decisions, it means keeping track of many things, and that, to say the least, is not my forte.

Oh, and there’s not a chance that I would be confirmed.

But the main point, as I see it, is that it would mean taking me out of a quasi-official job that I believe I’m good at and putting me into one I’d be bad at.

So first of all, let’s talk frankly about the job I have. The New York Times isn’t just some newspaper somewhere, it’s the nation’s paper of record. As a result, being an op-ed columnist at the Times is a pretty big deal — one I’m immensely grateful to have been granted — and those who hold the position, if they know how to use it effectively, have a lot more influence on national debate than, say, most senators. Does anyone doubt that the White House pays attention to what I write?

Now, officials inside the administration can of course have even more influence — but only if they’re good at a very different kind of game, that of persuading the president and his inner circle in behind-closed-doors discussion. And everything I know about myself says that I’m not very good at that game.

By my reckoning, then, an administration job, no matter how senior, would actually reduce my influence, leaving me unable to say publicly what I really think and all too probably finding myself unable to make headway in internal debates.

In the spirit of Krugman’s blog post, I wish to announce that I too am taking my name out of consideration for Treasury Secretary, as well as Defense Secretary, CIA Director, head of the European Union, United Nations General Secretary, and Pope.