The Defense Department may have found the money to furlough its civilian workers fewer than 11 days. 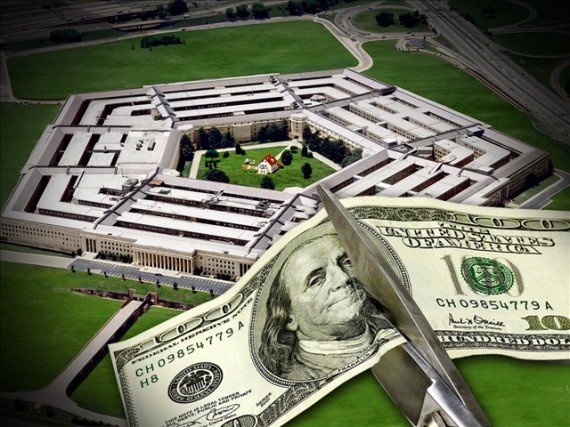 The Defense Department may have found the money to furlough its civilian workers fewer than 11 days.

Defense department civilians will likely face up to five fewer unpaid furlough days than originally planned, as Pentagon leaders scrimp to find up to $900 million in savings in the final months of the budget year that ends Sept. 30, officials told The Associated Press.

Officials said no final decisions have been made, but they believe civilian workers will be forced to take six to eight unpaid days off rather than the 11 days that had been scheduled. The move comes as workers begin their fourth week of furloughs — a decision that riled department employees and prompted many to complain directly to Defense Secretary Chuck Hagel as he visited military bases earlier this month.

Hagel has been saying that budget crunchers have been doing all they can to find saving to shorten the furlough time. Defense officials said Monday that they do not expect an announcement this week because the numbers have not yet been finalized.

The officials spoke on condition of anonymity because they were not authorized to discuss the matter by name publicly.

They cautioned that the savings are for this year only, and won’t affect likely budget cuts in 2014, if members of Congress don’t act to avoid automatic, across-the-board cuts slated for next year.

About 650,000 department civilians have been taking one furlough day each week since early July. The furloughs were expected to save roughly $2 billion.

According to one defense official, current budget projections suggest that if Pentagon budget chiefs find about $500 million in savings, the number of furlough days will be shaved to eight. If they can find $900 million, the furloughs will be cut to six days.

Officials said the savings are the result of a number of things, including penny-pinching by the military services and Congress’ decision to give the Pentagon more flexibility in moving money around between accounts.

This is obviously great news for those affected. And Hagel deserves credit for fighting to reduce the impact of sequestration on those under his employ. Indeed, he managed to get the projected 22 day furlough down to 11; fewer still would be a bonus.

It’s truly amazing, though, that we’re at the end of July and the Pentagon has this much uncertainty about its spending through September. Two months out, they may be able to save anywhere from half a billion to nearly a billion?