Another setback for the radical fringe of the "pro-life" movement,

Among the issues that voters faced at the polls around the country on Tuesday were so-called “personhood” amendments which would have defined life as being at conception and marked a radical step forward in the abortion wars, which were on the ballot in two states, in one case for the third time in six years, and lost in both states:

In North Dakota — a strongly anti-abortion state considered the personhood movement’s best chance of victory — the proposed ballot measure would have amended the state constitution to say the “inalienable right to life of every human being at any stage of development must be recognized and protected.” The Associated Press reported that with 91 percent of precincts reporting, it was losing by about a 2 to 1 margin.

Personhood supporters had hoped a victory in North Dakota would give the movement its first win and galvanize other states to act. Opponents of the measure — Measure 1 — warned that the new language could restrict access to abortion even before viability, criminalize in-vitro fertilization or limit end-of-life treatment choices. Planned Parenthood, which backed the opponents, poured hundreds of thousands of dollars into the race. The Catholic bishops did the same for the supporters.

In a statement on the North Dakota results, Center for Reproductive Rights President Nancy Northup said, “The voters have sent a loud and clear message: Women know what’s best for their lives, their health, and their futures. It’s time for North Dakota politicians to remember that message when they return to the capital for a new session in January.”

Voters in Colorado already defeated personhood in 2008 and 2010, and on Tuesday they rejected Amendment 67 overwhelmingly, according to the AP. The amendment to the state’s constitution would have granted personhood rights to an unborn child in the state’s criminal code.

These are the latest defeats for a movement that, notwithstanding many of the advances that anti-abortion forces have made on the state level since the 2010 elections when Republicans scored big victories in state legislatures across the country, still seems to represent the radical fringe of the conservative movement. The fact that such a measure lost in deeply red North Dakota is significant, of course, while the loss in Colorado suggests that, while being a purple state where, as Cory Gardner proved, Republicans can win statewide, is not a state where conservative issues are a winning position. Gardner seems to have realized that early on given the fact that he quickly distanced himself from the personhood measure after beginning his run for the Senate and, during the course of his campaign came out in favor of making the sale of birth control pills over the counter legal. To a large degree, that helped to undercut efforts by Mark Udall’s campaign to turn the women’s vote to their favor in the state. Perhaps the most significant indication of just how radical the “personhood” movement really is, though, came three years ago in Mississippi where one of these Amendments failed to win voter approval by an overwhelming margin. So clearly, there are limits to how far the anti-abortion movement can go politically even in states where they would seem to be the most politically powerful.

At the same time that the personhood amendments went down, of course, there are other battles on the abortion wars front. New regulations on abortion clinics in Texas are the subject of ongoing Federal litigation, for example, and voters in Tennessee approved a change in that state’s Constitution that would give the legislature more authority to regulate abortion:

Voters in Tennessee narrowly approved a ballot initiative on Tuesday night that rolls back constitutional protections for abortion, opening the door for their lawmakers to impose additional restrictions on the procedure. While the passage of Amendment 1 doesn’t have immediate ramifications, residents of the state will likely start feeling its effects soon enough.

Amendment 1 will amend language in Tennessee’s constitution so that abortion is no longer defined as a “fundamental” right. That effectively reverses a 2000 Tennessee Supreme Court ruling that established broad protections for reproductive rights, raising the bar for the types of barriers to abortion that the state was allowed to enact.

Now, a paragraph will be added to Tennessee’s constitution to explicitly state that “nothing in this Constitution secures or protects a right to abortion or requires the funding of an abortion” and “the people retain the right through their elected state representatives and state senators to enact, amend, or repeal statutes regarding abortion, including, but not limited to, circumstances of pregnancy resulting from rape or incest or when necessary to save the life of the mother.”

So next session, state lawmakers will be free to pass the types of legislation — like mandatory waiting periods and forced ultrasounds — that used to be out of reach to them. Plus, there are plenty of abortion restrictions that weren’t covered in the scope of the 2000 court ruling. The legislature may be galvanized by the fact that voters just endorsed Amendment 1 to go ahead and pass some of those, too.

“There’s a laundry list of abortion restrictions that the Tennessee legislature could pursue in 2015,” Elizabeth Nash, the states issue manager at the Guttmacher Institute, told ThinkProgress. “Certainly with this amendment approved by the voters, the argument can be made that now they can really go forth and wreak havoc on abortion access in Tennessee.”

Nothing about the changes in Tennessee, of course, precludes whatever might be passed from being challenged in Federal Court. However, the record of those courts in respect to the most recent types of regulations directed at abortion clinics, which have often been cloaked in the veneer of regulations about overall safety and such, is mixed at best and, so far at least, the Supreme Court has not weighed in on the issue on one side or the other. In some ways, that is because abortion rights groups have been reluctant to push the issue that far for fear that, under the current make up of the Court they could end up with an adverse decision that could do the cause of abortion rights more harm than good. At some point, though, some of these state laws are going to have to be tested at the Supreme Court level. That could be the case currently pending in the Fifth Circuit dealing with the Texas laws which, interestingly enough, the Court recently granted a stay in by a 6-3 vote. What that means for a future ruling on the merits, though, is entirely unclear.

The lesson to draw from Tuesday, though, is that while there remains public support for some restrictions on abortion, a fact that is unsurprising given that the American people remain hotly divided on this issue and always will be, there are some areas where the radical elements of the so-called “pro-life” movement are simply far too out on the radical fringe to succeed politically. One wonders if they will learn that lesson at some point. 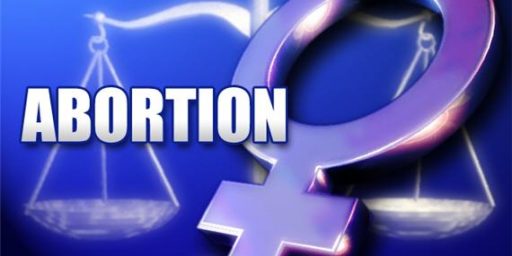 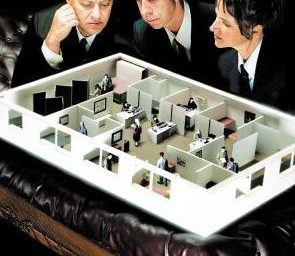