CNBC’s Eamon Javers captured this photo of President Obama and Russian President Putin when they met upon Obama’s arrival in St. Petersburg, Russia for the G-20 Summit: 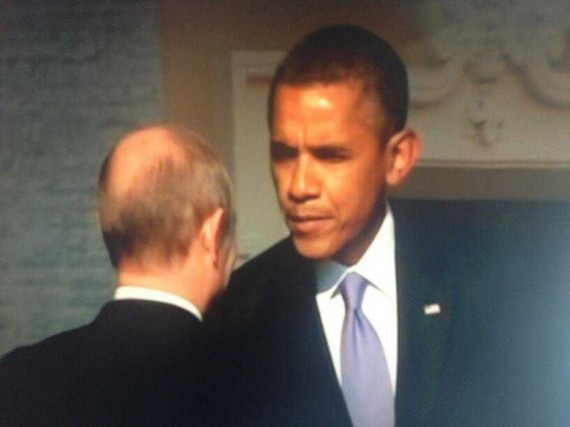 Something tells me these two won’t be making a buddy movie together.