Announced by the Vatican.

“The Holy Father died this evening at 9:37 p.m. (2:37 p.m. EST) in his private apartment. All the procedures outlined in the apostolic Constitution ‘Universi Dominici Gregis’ that was written by John Paul II on Feb. 22, 1996, have been put in motion.”

A Mass was scheduled for St. Peter’s Square for Sunday morning. 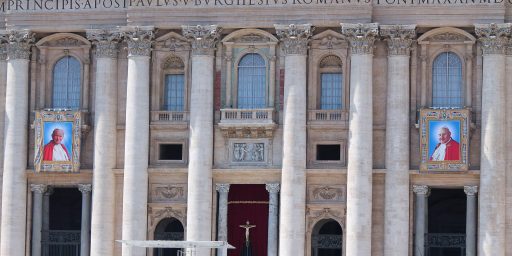