Praise for the Military

While praise for the military often goes overboard, the reaction to the McChrystal flap shows our armed forces at their finest. 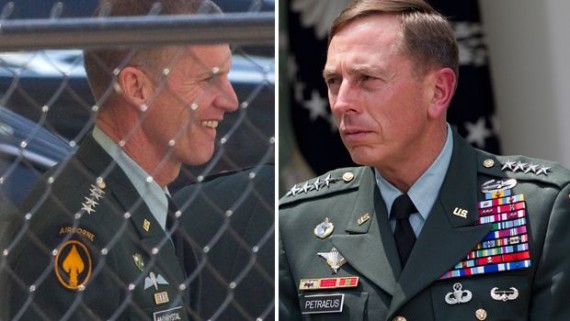 One of my recent pet peeves has been the deification of the military, in which ordinary actions are considered heroic and far too much deference is given to those who served. It’s an understandable artifact of an all-volunteer force in which most of our elites not only bypass service but have little day-to-day contact with those who do or have. But it’s an unhealthy attitude in a democracy.

That said, it’s worth praising the real virtues of the military, as Ezra Klein does this morning:

McChrystal’s comments themselves amounted to impolitic and unwise gripes about his bosses in front of a reporter. In any other context, it’d be a story, but not all that interesting of one. The outrage, however, was fueled by military rules and traditions that allow very little public criticism of civilian leadership in order to ensure that political and strategic disagreement doesn’t curdle into a culture of opposition among the people with all the weapons. McChrystal was clearly lax on policing criticism within his command, but when the system was made aware of that failure, the system worked. You did not see politically disgruntled generals rallying around McChrystal.

Instead, what you saw was David Petraeus taking a command that amounts to a demotion from his current post and could destroy his reputation as a miracle worker. Petraeus’s successes in Iraq gave him a tremendous reputation and credibility as a big, strategic thinker. He could rest on that, retire on that, run for office on that. Instead, Petraeus is going to put that reputation back on the line in service of a war effort that may well be doomed. Why? Well, the civilian who leads the military asked him to, and a soldier obeys.

And I want to emphasize, again, that while my immediate and sustained reaction to the Rolling Stone article was that McChrystal simply had to be fired — and my general sense that McChrystal is arrogant even for a man of his accomplishment — he handled himself in the finest traditions of military service once the crisis broke.   He manned up for his mistakes, made it as easy as he could on the president to do what had to be done, and went away quietly.

I will say, though, that while I have the utmost respect for David Petraeus — and that only increased yesterday — and think Obama’s choice here was a master stroke, I do worry about the Man on Horseback model it represents.   The Army is, at its core, an institution and the continued reliance on one man’s indispensability is not without its drawbacks.