“Parents will tell us all the time that `Johnny’s not joining!’ and just hang up on us,” said Sgt. First Class John J. Stover, who says he has “put in” some 35 soldiers in his two years as a recruiter at the station in Topeka. “The difference,” Sergeant Stover said, “is that no one has ever recruited during a sustained war.”

Officials at Army Recruiting Command at Fort Knox, Ky., say the Army is on pace to bring in nearly 100,000 soldiers for active duty and the Reserves by October. Army National Guard officials, meanwhile, are in the midst of reviewing whether their efforts will be sufficient to meet this year’s recruiting goals, said Scott Woodham, a Guard spokesman.

Yet with the Army’s presence in Iraq and Afghanistan continuing, with plans for a temporary increase of 30,000 troops in the Army’s reserve, and with soldiers’ tours being extended in Iraq, a top Pentagon official this month expressed concern about military recruiting in the years ahead.

On June 2, Gen. Peter Pace, vice chairman of the Joint Chiefs of Staff, told a Congressional committee that he was “not satisfied” with what the National Guard and Reserve recruiting and retention numbers might portend. “We need to be very attentive to the way that we’re using especially our Guard and Reserves,” General Pace said.

Captain [Erik O.] Hinckley, who commands recruiting in the 41,000 square miles that make up the northern half of Kansas, says his 22 recruiters should never lie, especially when it comes to the biggest question of late: will I be sent to Iraq?

There is no prescribed script for this, Captain Hinckley said, no official answer.

“I challenge my guys to be honest and say there is a possibility that you may be deployed,” he said. “A soldier should not be told that he was never going to deploy. However, it would also be false to promise, ‘You are going.’ I guess the key is to say, ‘You might be called up at some point, but you may not.’ ”

For most recruits, Captain Hinckley said, it will take six months to two years of training to even be eligible to be sent to war.

“There’s no doubt that the dynamic is changing,” he said. “Certain groups of people are no longer easy to recruit. I guess people who are afraid are less easy to recruit. Nobody nowadays can say: ‘Oh, I just came in for the college money. I never expected to get called up.’ ”

Even in wartime, Captain Hinckley said, the Army has not lowered its standards. All recruits must take the Armed Services Vocational Aptitude Battery examination, a standardized test like the SAT; a physical test; and a criminal background check. They must not have tattoos that show outside their uniform. Drug use is barred.

Of course, there is a wide range of scores one can have on the ASVAB. During times of difficult recruiting, the standards are inevitably lowered. During flush times, those in the lowest quartile, “Cat-IV,” are barred from enlisting. I suspect they’re being taken at the moment.

The All-Volunteer Force was instituted in 1973 as we were leaving Vietnam. Since then, we’ve fought many small wars but none that lasted more than a few months. It will be interesting to see if the AVF concept will be able to sustain itself during the extended war against terrorists. My strong suspicion is that it will. 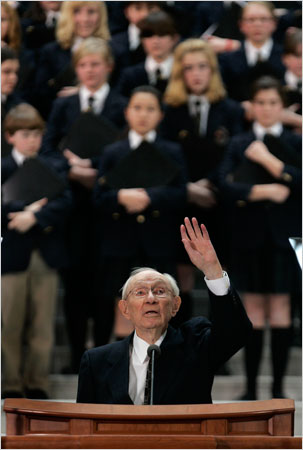