Richard Pryor, who revolutionized stand-up comedy for both good and ill, died yesterday at 65 after a long bout with multiple sclerosis.

Richard Pryor startled audiences with his foul-mouthed routines, but his universal and frequently personal insights propelled him into one of Hollywood’s biggest stars. The pioneering comedian, whose audacious style influenced generations of standup artists, died Saturday of a heart attack at age 65, said his business manager, Karen Finch. He had been ill for years with multiple sclerosis, a degenerative disease of the nervous system.

“By expressing his heart, anger and joy, Richard Pryor took comedy to its highest form,” comedian Steve Martin said. A series of hit comedies and concert films in the ’70s and ’80s helped make Pryor one of Hollywood’s highest paid stars, and he was one of the first black performers with enough leverage to cut his own deals. In 1983, he signed a $40 million, five-year contract with Columbia Pictures. His films included “Stir Crazy,” “Silver Streak,” “Which Way Is Up?” and “Richard Pryor Live on the Sunset Strip.”

Throughout his career, Pryor focused on racial inequality, joking as the host of the Academy Awards in 1977 that Harry Belafonte and Sidney Poitier were the only black members of the Academy. Pryor once marveled “that I live in racist America and I’m uneducated, yet a lot of people love me and like what I do, and I can make a living from it. You can’t do much better than that.”

But he battled drug and alcohol addictions for years. In a 1977 interview with The Associated Press, Pryor spoke of his struggle to overcome the substance abuse. “God blessed me,” he said. “There were shows I never remember, towns I never knew I was in. Somehow I was always able to perform. I respect performing too much ever to do a bad show.” After nearly losing his life in 1980 when he caught on fire while freebasing cocaine, he turned the experience into laughs in later routines, telling audiences how quickly the flames sobered him up.

While Pryor’s material sounds modest when compared with some of today’s comedians, it was startling when first introduced. He never apologized for it.

Pryor’s comedy was no longer revolutionary by the time I was able to hear his work outside the confines of 1970s network television. I probably remember him best for his role in “Superman 3” and for his short-lived television show. The sketch where he plays a television evangelist who can’t get any donations until he says the money is for sending blacks “Back to Africa,” whereupon the phones ring off the hook, was hilarious. I think it was the same bit where he instructed viewers “Don’t make the checks out to God, make them out to me.”

His talent was such that it easily made the transition to “clean” venues like the “Tonight Show” but he is most famous for his vulgarity-laced standup at a time when people simply didn’t talk like that in public. Comedians like Eddie Murphy and Dave Chapelle can trace their roots to Pryor. The trend of using raw language was liberating but also began a trend toward making mainstream dialogue that most people don’t want their small children exposed to. Increasingly, people with small children are shunted to specialty channels and DVDs, because even broadcast television is no longer “safe.”

The saddest thing about Pryor, though, is that he wasted so much of his talent–and his life–with his addictions. 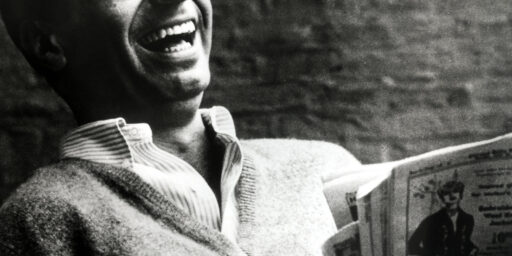 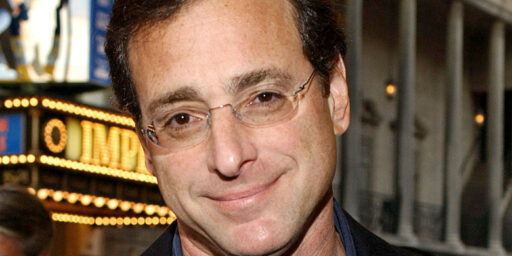