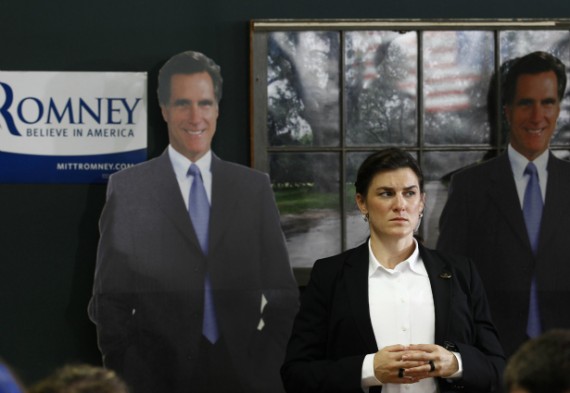 My latest for The Atlantic, “What Would Romney’s Foreign Policy Look Like?” has posted. The intro and conclusion:

In the wake of the murder of U.S. Ambassador to Libya J. Christopher Stevens, Republican presidential nominee Mitt Romney inexplicably and ironically declared, “President Obama has demonstrated a lack of clarity as to a foreign policy.”

The Romney campaign’s  foreign policy approach ultimately suffers the same basic flaw as its domestic policy approach: in trying to be all things to all people, it ultimately satisfies no one. Those of us in the increasingly marginalized Realist foreign policy camp are left clinging to the hope that the appointment of seasoned hands like Bob Zoellick to the team signals that Romney will be the serious pragmatist that he was as governor of Massachusetts. But the empty saber rattling and cozing up to Netanyahu and John Bolton are attempts to satisfy the neoconservative wing that Mitt’s one of them.

The net result is that no one really knows what a Romney foreign policy would look like. Increasingly, I’m not sure that even Romney knows.

The meat of the argument is at the link. Comments welcome here or there.