Roy Moore And Standards Of Proof

No, we don't have to presume that Roy Moore is "innocent until proven guilty." 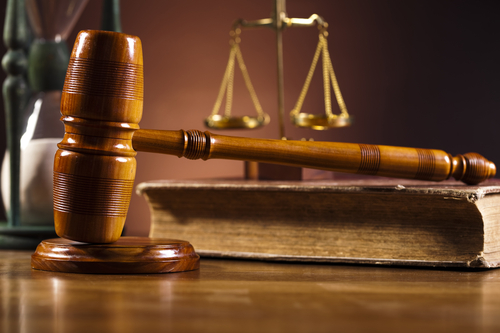 In the wake of the charges against Roy Moore that now amount to nine women coming forward to say that he made inappropriate or unwanted advances, some of which clearly amount to the level of sexual assault, a debate of sorts has arisen in some quarters regarding how claims made by women about accusations of inappropriate conduct in the past. To some extent, we’ve also seen this argument raised in some quarters in response to similar charges that have been made in the wake of the movement spawned by the social media hashtag #MeToo against people such as Harvey Weinstein, Kevin Spacey, filmmaker Bruce Ratner and George Takei, along with politicians such as Minnesota Senator Al Franken, former President George H.W. Bush, and at least two as-yet-unnamed Members of Congress. Generally speaking, the argument boils down to the idea that we shouldn’t “rush to judgment” regarding such charges because people are “innocent until proven guilty.” In the case of many of Roy Moore’s defenders, this is often accompanied by an argument that we should comply with the “Rule Of Law” and withhold judgment until the matter is ruled upon by a court of law. These arguments involve a fundamental misunderstanding of standards of proof, and how they ought to apply outside of the courtroom.

Strictly speaking, the concept of “innocent until proven guilty” only applies in a criminal case in a court of law. Due to the passage of time, these matters are never going to see the inside of a criminal courtroom due to the fact that the applicable statute(s) of limitation expired long ago. As this article from Al.com explains, the applicable statute of limitations for the charges that could have been brought against Moore at the time the offenses alleged were committed was three years. This means that the statute of limitations for even the most recent alleged assault would have expired in the early 1980s at the latest. The article goes on to explain that Alabama law was changed to provide that the statute of limitations with respect to sexual offenses against a victim who was under 16 years old, but that change only applied to offenses committed after January 7, 1985, nearly a decade after the offenses that Moore could have conceivably been charged with. Therefore, there could be no criminal charges against Moore and thus no criminal trial

These charges are also unlikely to see the inside of a civil courtroom since any civil claims these women may have against Moore would similarly be time-barred. As is the case in most states, the statute of limitation for a civil claim of assault or some similar charge is two years from the date of the incident. Like most states, Alabama also provides that civil statutes of limitation do not start running for claims that occurred when a Plaintiff was a minor until they reach a certain age. In Alabama, that age is 19, meaning that any civil claim would have had to have been brought against Moore no later than approximately some point in the mid-1980s. It’s also worth noting that in a civil case the standard of proof is not “innocent until proven guilty beyond a reasonable doubt,” it is whether one party’s claims are more likely to be true than not true, or what is legally referred to as a preponderance of the evidence. This is a much lower threshold of proof than what is required in a criminal trial.

The only way that could change would be if Moore were to sue one or all of them or the corresponding media outlets that reported on their claims, for defamation, libel, or slander. That would be very unwise on his part, though, because it would open him up to depositions and other forms of discovery that would allow defense attorneys to ask wide-ranging questions about his past and the many reports about him seeking relationships with girls under 18 when he was a man in his mid-30s. These depositions would be matters of public record and would likely be politically damaging and highly embarrassing, Additionally, any such suit would require, thanks to the Supreme Court decision in New York Times v. Sullivan, that he plead and prove that the defendants acted with “actual malice” in making and reporting on these accusations. As Sarah Palin recently found in her lawsuit against the New York Times, that is an incredibly high standard to meet. Palin’s lawsuit, of course, was dismissed before it ever went to trial because her attorneys could provide no evidence of “actual malice” on the part of the Times. Despite calls from some quarters of the conservative blogosphere, it does not appear that Palin appealed that decision, and the applicable deadlines for a Notice of Appeal have since expired.

In addition to these arguments regarding the applicable standard of proof, there’s another question that comes to mind when this defense, or some version of it, is raised by Moore’s supporters or the supporters of any other public figure who stands accused of something that happened in the past. Namely, what further proof do you want? We aren’t going to get anything beyond what we already have. Even if charges had been brought when the statutes of limitation for either criminal charges or civil claims had not expired, there likely would not by any additional evidence, and certainly nothing definitive such as DNA evidence. Then as now we would have the testimony of the women involved, plus any corroborating evidence that would be admissible such as the people who have been quoted in the various reports about Moore as saying that they were told about what happened at a time contemporaneous to the events in question. In the end, it would be a “he said she said” case even in the late 1970s, so demands for additional proof are asking for something that in all likelihood does not exist.

Given this, it is up to voters and members of the general public to reach their own conclusions based on the available evidence. Based on the accusers’ accounts themselves and the corroborating witnesses, I find the accusers to be highly credible and Moore’s denials and evasions to be not credible. Others may disagree, and that is their right, but this is the choice that voters in Alabama and Americans are left with.