After weeks of trailing Republican-turned-Independent Charlie Crist in a three-way race, Republican Marco Rubio is leading the Florida Senate race.

UPDATE (James Joyner):  Wondering whether this was some sort of polling anomaly — after all, Crist has seemed to be in a comfortable lead since announcing his independent bid — I checked the aggregation by the gang at RealClearPolitics.   While Sunshine State News is a slight outlier, the polls all have Rubio in the lead and the race trending in his direction. 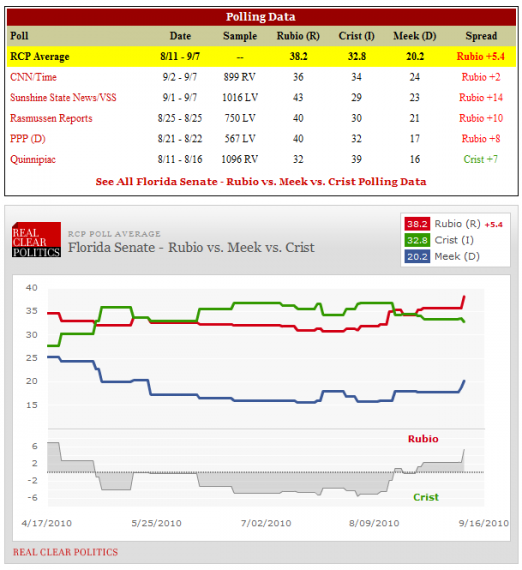 All of the recent polls have Rubio winning, most fairly comfortably.  My strong preference here would be for Rubio to pull it off.   Crist is a sore loser candidate in all but the technical sense; I hate to see him rewarded.