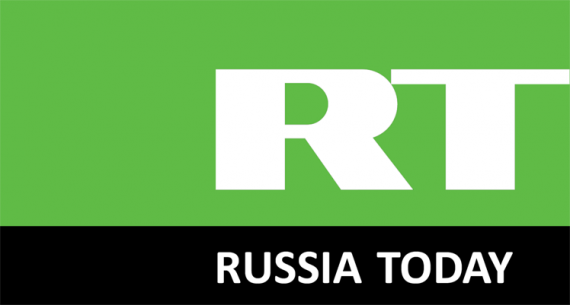 An anchor for the American version of the Kremlin-backed network Russia Today, or RT as it is apparently now called, quit her job on the air yesterday over the network’s coverage of Russia’s actions in Ukraine:

Wahl, an American anchor for RT-America, a cable news network funded by the Russian government, stunned viewers Wednesday, when, at the end of her 5 PM broadcast, she announced her resignation from the channel.

The announcement was stunning. But Wahl’s decision to quit the network was a long time coming. In an exclusive interview with The Daily Beast, she says that, “When I came on board from the beginning I knew what I was getting into, but I think I was more cautious and tried to stay as objective as I could.” Yet repeated attempts by her superiors at the network to censor her work and distort the truth ultimately convinced Wahl that, to keep her integrity intact, she would have to depart.

“As a reporter on this network I face many ethical and moral challenges especially me personally coming from a family whose grandparents came here as refugees during the Hungarian revolution, ironically to escape the Soviet forces,” she said, immediately following a report claiming that the new Ukrainian government, which ousted pro-Russian president Viktor Yanukovych, is composed mainly of fascists and neo-Nazis. “I’m very lucky to have grown up here in the United States. I’m the daughter of a veteran. My partner is a physician at a military base where he sees every day the first-hand accounts of the ultimate prices that people pay for this country. And that is why personally I cannot be part of a network that whitewashes the actions of Putin. I am proud to be an America and believe in disseminating the truth and that is why after this newscast I’m resigning.”

Wahl then stared resolutely at the camera for a full five seconds before the network cut to a commercial break.

Wahl’s announcement comes on the heels of another on-air act of straying-off-the-Kremlin-script. On Monday, RT host Abby Martin ended her program “Break the Set” by denouncing Russia’s military intervention in Ukraine. RT management said that they would send Martin to the Ukrainian region of Crimea currently occupied by Russian troops, an offer which she refused. Yet while Martin was praised in many quarters for her independence, she remains an employee of the network, and there are no indications that she has been punished.

Here’s the video of Wahl’s statement:

I suppose the only question I have is what, exactly, did Wahl expect when she took this job? She claims that she went into the position with full knowledge of the network’s connections to the Russian government so, surely she cannot have been too shocked when the network’s coverage of military actions by that government were decidedly pro-Russian.