Russia and China Exploring NATO of the East

Russia and China are seeking to expand the Shanghai Cooperation Organization into an Eastern NATO to counterbalance the United States in the region.

Russia and China could take a step closer to forming a Eurasian military confederacy to rival NATO at a Moscow meeting of the six-member Shanghai Cooperation Organization (SCO) Wednesday, experts say. The group, which started in 2001 with limited goals of promoting cooperation in former Soviet Central Asia, has evolved rapidly toward a regional security bloc and could soon induct new members such as India, Pakistan, and Iran.

One initiative that core members Russia and China agree on, experts say, is to squeeze US influence – which peaked after 9/11 – out of the SCO’s neighborhood. “Four years ago, when the SCO was formed, official Washington pooh-poohed it and declared it was no cause for concern,” says Ariel Cohen, senior researcher at the Heritage Foundation in Washington. “Now they’re proven wrong.”

Wednesday’s meeting is expected to review security cooperation, including a spate of upcoming joint military exercises between SCO members’ armed forces. It may also sign off on a new “Contact Group” for Afghanistan. That would help Russia and China – both concerned about increased opium flows and the rise of Islamism – develop direct relations between SCO and the Afghan government. While this will be highly controversial given the presence of NATO troops and Afghans’ bitter memories of fighting Russian occupation throughout the 1980s, the Russians have an “in” because they still have longstanding allies in the country. In attendance Wednesday will be prime ministers of member states Russia, China, Kazakhstan, Kyrgyzstan, Uzbekistan, and Tajikistan, as well as top officials from several recently added “observer” states, including Indian Foreign Minister Natwar Singh, Pakistani Prime Minister Shaukat Aziz, and Iranian Vice President Parviz Davudi.

The SCO’s swift rise has been fueled by deteriorating security conditions in ex-Soviet Central Asia, as well as a hunger in Moscow and Beijing for a vehicle that could counter US influence in the region. “Moscow is seeking options to demonstrate – to Washington in the first place – that Russia is still an important player in this area,” says Fyodor Lukyanov, editor of Russia in Global Affairs, a partner of the US bimonthly journal Foreign Affairs. “China’s ambitions are growing fast, and it also wants to turn the SCO into something bigger and more effective.”

While the SCO’s potential looks vast on paper, experts say internal rivalries would preclude it from evolving into a NATO-like security bloc. “What kind of allies could Russia and China be?” says Akady Dubnov, an expert with the Vremya Novostei newspaper. “The main question for them in Central Asia is who will gain the upper hand.”

Still, the idea of a unified eastern bloc has strong appeal for some in Moscow. “It’s very important that regional powers are showing the will to resolve Eurasian problems without the intrusion of the US,” says Alexander Dugin, chair of the International Eurasian Movement, whose members include leading Russian businessmen and politicians. “Step by step we’re building a world order not based on the unipolar hegemony of the US.”

The rationale behind this is understandable but it comes from a position of weakness, not strength. Russia and China both have far more to gain by being on the good side of the United States and benefitting from free trade with the world’s biggest economy than by forming a weak but antagonistic alliance. 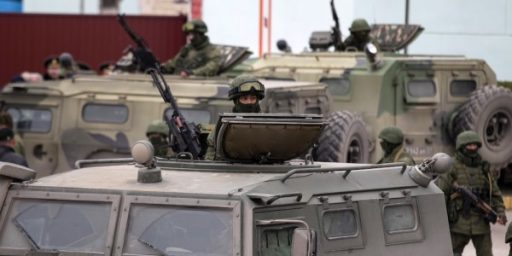 Ukraine, NATO, and the EU