If there's an area where our attitudes and behaviors have changed more radically in my lifetime than gender equality, I can't think of it. 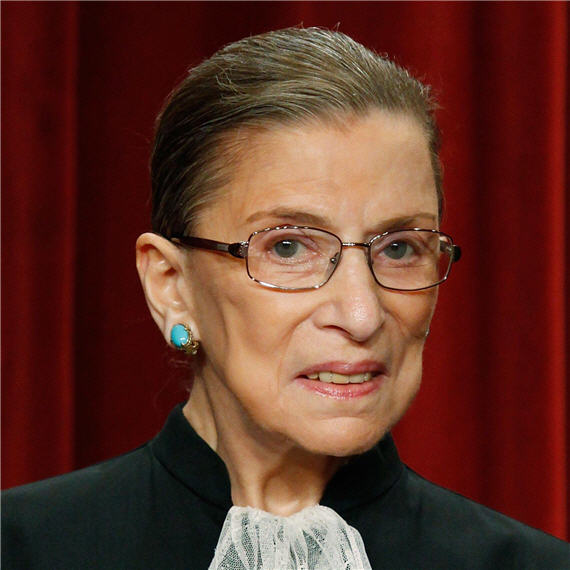 Slate‘s Dahlia Lithwick uses the occasion of Ruth Bader Ginsburg’s delivering a speech to the 10th Circuit was written by her late husband before his death in June to highlight her historic role in securing women’s rights.

The speech, “How the Tenth Circuit Got My Wife Her Good Job,” described the only case the Ginsburgs ever worked on together—a 1972 tax case called Moritz v. Commissioner, challenging the denial of a dependent-care deduction allowed to women, widowers, or divorced men but denied to a single man who was caring for his ailing mother.

The Ginsburgs not only prevailed at the 10th Circuit but also obtained—as Justice Ginsburg has detailed elsewhere—the solicitor general’s Exhibit E, a “printout from the Department of Defense computer” that listed, title by title, every provision of the U.S. Code “containing differentiations based upon sex-related criteria.” According to the brief filed by the solicitor general urging the U.S. Supreme Court to hear Moritz, the 10th Circuit decision “casts a cloud of unconstitutionality upon the many federal statutes listed in Appendix E.” And as Martin Ginsburg noted in his speech, that computer printout proved “a gift beyond price” in his wife’s future litigation career.

The Moritz case launched Ginsburg into her association with the ACLU Women’s Rights Project, and Exhibit E offered a roadmap for litigation. She scored five victories in six Supreme Court appeals, using the 14th Amendment to slowly and systematically eradicate gender discrimination in one law after another, pushing the courts to scrutinize laws that classify on the basis of gender with a standard higher than the deferential “rational basis” standard.

Palin and the Mama Grizzlies also owe a debt of thanks directly to Ruth Bader Ginsburg, who almost single-handedly convinced the courts and legislatures to do away with gender classifications in matters ranging from a woman’s right to be executor of her son’s estate (Reed v. Reed, 1970), to a female Air Force lieutenant’s right to secure housing allowances and medical benefits for her husband (Frontiero v. Richardson, 1973), and the right of Oklahoma’s “thirsty boys” (her words) to buy beer at the Honk n’ Holler at the same age as young women (Craig v. Boren, 1976).

It was in Craig v. Boren that Ginsburg secured the court’s agreement that—in her words—the “familiar stereotype: the active boy, aggressive and assertive; the passive girl, docile and submissive” was “not fit to be written into law.” The seed for Sarah Palin was sown. And whether Palin wants women to be allowed to buy beer at 18, or 21, or not at all, the fact that the legal system doesn’t care whether you’re a woman or a man anymore changed her life. You can draw a straight line between Ginsburg’s fight against these seemingly harmless gender classifications that were rooted in seemingly harmless gender stereotypes and the Mama Grizzlies who roam our political landscape today.

Those who like to believe they have picked themselves up by the bootstraps sometimes forget that they wouldn’t even have boots were it not for the women who came before. Listening to Palin, it’s almost impossible to believe that, as recently as 50 years ago, a woman at Harvard Law School could be asked by Dean Erwin Griswold to justify taking a spot that belonged to a man. In Ginsburg’s lifetime, a woman could be denied a clerkship with Felix Frankfurter just because she was a woman. Only a few decades ago, Ginsburg had to hide her second pregnancy for fear of losing tenure. I don’t have an easy answer to the question of whether real feminists are about prominent lipsticky displays of “girl-power,” but I do know that Ginsburg’s lifetime dedication to achieving quiet, dignified equality made such displays possible.

I’m just barely too young to recall the days of  Jim Crow and racial segregation.  I started grade school in 1972 in Houston, Texas with it never having occurred to me that black kids shouldn’t be allowed in the same classroom.  But the “women’s lib” movement is mostly within my memory.

It’s remarkable how fast things evolved, first legally and then culturally. If there’s an area where our attitudes and behaviors have changed more radically in my lifetime, I can’t think of it.  Or, indeed, a candidate for close second.

When I was in junior high in the late 1970s, almost all of the moms I knew were 1) married to their children’s father and 2) housewives.   Married women who worked were either part-timers earning a little extra spending money or schoolteachers.  As recently as the year I graduated high school, 1984, only 29 percent of married women held full-time jobs. That world exploded seemingly overnight.  Not only were married women increasingly employed outside the home — now, more than 3/4 are — but their incomes became viewed as essential or, at very least, more than a mere supplement to what their husbands earned.

This hasn’t been an unalloyed good, of course.  Having both partners working full time adds all manner of stresses to life.  And the implications on child rearing are still far from clear.   But the expansion of economic power for more than half our population outweighs the downside that comes with it.