Samantha Power is leaving the Obama administration to spend more time with her family. No, really. 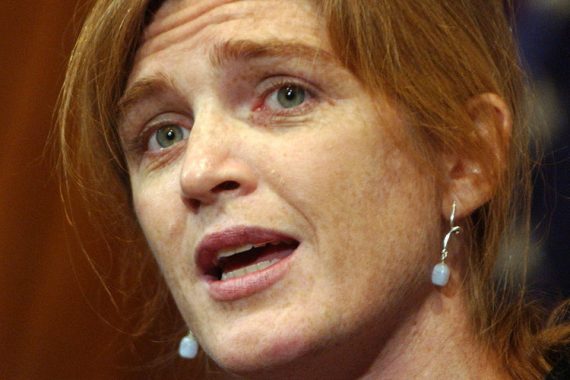 Samantha Power is leaving the Obama administration to spend more time with her family. No, really.

We’re hearing that Samantha Power, a longtime (since 2005) Obama foreign policy adviser and still likely ambassador to the United Nations — should there be an opening — is leaving the administration in the next few weeks to “spend more time with her family.”

(That may be the first time we’ve ever written that phrase where it actually happens to be true. She’s got two little kids at home; one is three, the other 8 months.)

Power, now senior director for multilateral affairs and human rights at the National Security Council and a former war correspondent, is a professor, human rights expert and author of the widely acclaimed book — “A Problem from Hell,” which accused the United States of ignoring genocide in the Balkans.

She had been the number one pick for the U.N. slot if incumbent Susan Rice had become secretary of state.

While we don’t agree on much in terms of public policy, Power is an impressive woman. In addition to her accomplishments as an intellectual, she’s managed to carry out the grueling demands of an NSC staffer while carrying two children to term and dealing with what one presumes is very little sleep, indeed.