The Supreme Court declined, for now, to hear the appeal of a Washington state florist who declined to provide services for a same-sex wedding. The issues it raises, though, are likely to return to the Court in the future. 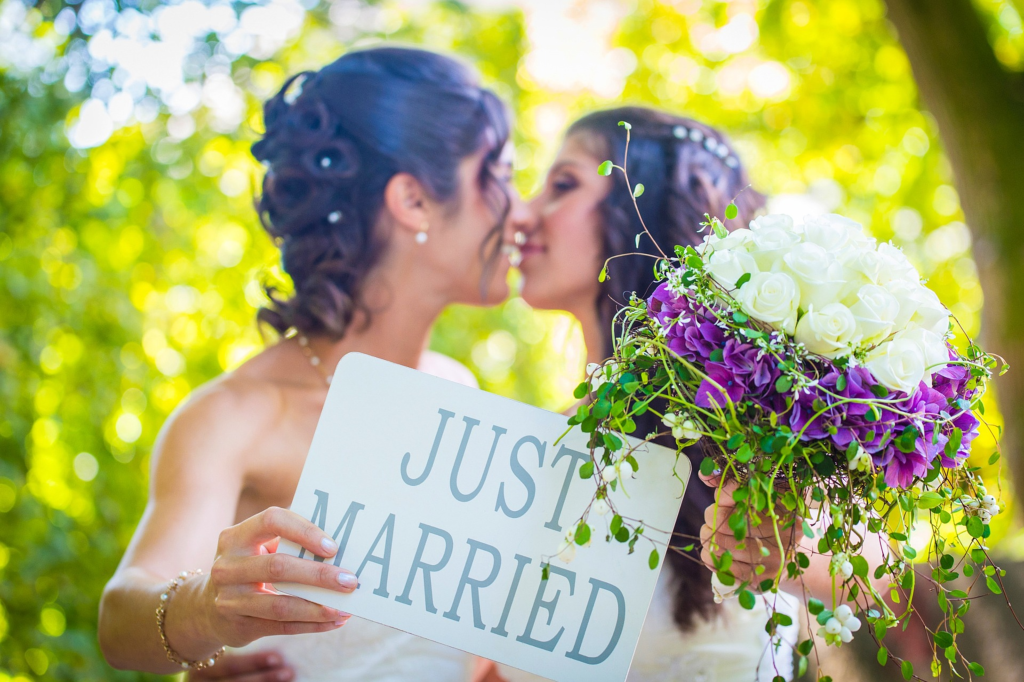 Three weeks after ruling on narrow grounds in favor of a Colorado baker who refused to bake a cake for a same-sex wedding reception, the Supreme Court has declined to accept for review a case involving a Washington state florist raising similar issues:

WASHINGTON — The Supreme Court on Monday told a lower court to reconsider the case of a florist in Washington State who had refused to create a floral arrangement for a same-sex wedding. The justices vacated a decision against the florist from the Washington Supreme Court and instructed it to take a fresh look at the dispute in light of this month’s ruling in a similar dispute involving a Colorado baker.

The case, Arlene’s Flowers v. State of Washington, No. 17-108, started in 2013, when the florist, Barronelle Stutzman, turned down a request from a longtime customer, Robert Ingersoll, to provide flowers for his wedding to another man, Curt Freed. Ms. Stutzman said her religious principles did not allow her to do so.

She said she should not have to participate in same-sex weddings, which had been recognized in Washington the previous year.

“Since 2012, same-sex couples all over the state have been free to act on their beliefs about marriage,” Ms. Stutzman wrote, “but because I follow the Bible’s teaching that marriage is the union of one man and one woman, I am no longer free to act on my beliefs.”

The couple and the state both sued, and they won in the state courts.

The Washington Supreme Court ruled that Ms. Stutzman had violated a state anti-discrimination law by refusing to provide the floral arrangement. “This case is no more about access to flowers than civil rights cases in the 1960s were about access to sandwiches,” the court said, quoting from the plaintiffs’ brief.

The Supreme Court had put the Washington case on hold while it considered the one from Colorado. But it ended up deciding the Colorado case on narrow grounds specific to the dispute, saying the baker there had faced religious hostility from members of a state civil rights commission that had ruled against him.

There were no similar factors in the Washington case, Bob Ferguson, Washington’s attorney general, said in a statement. “The court specifically found that the Colorado Civil Rights Commission’s treatment of that case ‘has some elements of a clear and impermissible hostility’ toward the religious beliefs of the business owner,” Mr. Ferguson said. “We are confident Washington courts showed no such hostility.”

The meaning and sweep of the Colorado case are contested, but at least one court has already determined that it reaffirmed protections for gay men and lesbians who had been subject to discrimination by businesses open to the public. On June 7, the Arizona Court of Appeals ruled that a company that sells cards and decorations for weddings had violated a Phoenix anti-discrimination ordinance by refusing to supply custom goods a same-sex union.

Amy Howe comments on the Court’s disposition at SCOTUSBlog:

Shortly after issuing their decision in the Colorado case, Masterpiece Cakeshop v. Colorado Civil Rights Commission, the justices considered the case of Barronelle Stutzman, a Washington state florist who, like the Colorado baker, declined to provide her services – this time, original flower arrangements – to a same-sex couple for their wedding. After the state courts rejected her argument that requiring her to design floral arrangements for same-sex weddings would violate her First Amendment rights to free speech and the free exercise of her religion, Stutzman went to the Supreme Court, asking them to review that ruling. The justices put Stutzman’s appeal on hold until they ruled on the Masterpiece decision, and today they sent her case back to the lower courts so that (as in Masterpiece) they can consider Stutzman’s assertion that she too was the victim of religious hostility. The order means that Stutzman will have another chance to fight the lower court’s ruling, which levied fees and penalties on Stutzman and ordered her to provide the same services to same-sex couples that she provides to opposite-sex couples. The justices will almost certainly have to tackle the question presented by Stutzman’s case soon, but they apparently do not intend to do it next fall.

In the short term at least, this means that the ruling against Stutzman by both a trial court in Washington State and the Washington Supreme Court that she violated the state’s law against discrimination based on sexual orientation when she declined to provide services to a same-sex c0uple for their wedding. As in the Masterpiece Cake case, Stutzman cited her personal religious beliefs as the reason she would not provide services for the couple even though, per her own claims, she generally does not object to selling other services to same-sex individuals or couples. Stutzman appealed the Washington Supreme Court’s decision to the Supreme Court and for a time at least it appeared that this could be a case that would require the Justices to reach the merits of the seeming conflict between the state’s interest in enforcing anti-discrimination laws and the religious beliefs of merchants such as Stutzman or the Colorado baker who may object to  providing services for a same-sex wedding. Instead, the Court placed its decision on whether to accept the case on hold until it had ruled in the Masterpiece Cakeshop case. Today’s disposition means that, at least for now, the Court will not be taking on the issue directly.

In declining the rule on the case, the Court instead chose to remand the case back to the lower courts with instructions to reconsider the ruling in light of the Court’s holding in Masterpiece Cakeshop. As in my post on that case, the Justices ruled in favor of the baker but did so on the narrow ground that he did not receive a fair hearing in the case below. In support of that holding, the Court cited statements that had been made by members of the Colorado Civil Rights Commission at the beginning of the case that made it clear that they took a dim view of the baker’s religious liberty claims. Therefore, the Court concluded, the Commission acted improperly and the baker was at the very least entitled to a new hearing at which his claims will be given the proper weight. In order to prevail in light of that ruling, Stutzman will essentially have to show that the trial court and/or the nine members of the Washington Supreme Court were biased against her religious liberty claims before ruling on them. This will be difficult to say the least and likely means that this case may be back before the Supreme Court, although it could take a year or more before we get to that point. Before that happens, there could be another case presented to the Justices that will give them an opportunity to deal with the issue in a way that they were able to avoid in the Masterpiece Cakeshop case.