The Social Security Ponzi scheme* is collapsing sooner than expected:

The bursting of the real estate bubble and the ensuing recession have hurt jobs, home prices and now Social Security.

This year, the system will pay out more in benefits than it receives in payroll taxes, an important threshold it was not expected to cross until at least 2016, according to the Congressional Budget Office.

Stephen C. Goss, chief actuary of the Social Security Administration, said that while the Congressional projection would probably be borne out, the change would have no effect on benefits in 2010 and retirees would keep receiving their checks as usual.

The problem, he said, is that payments have risen more than expected during the downturn, because jobs disappeared and people applied for benefits sooner than they had planned. At the same time, the program’s revenue has fallen sharply, because there are fewer paychecks to tax.

Analysts have long tried to predict the year when Social Security would pay out more than it took in because they view it as a tipping point — the first step of a long, slow march to insolvency, unless Congress strengthens the program’s finances.

“When the level of the trust fund gets to zero, you have to cut benefits,” Alan Greenspan, architect of the plan to rescue the Social Security program the last time it got into trouble, in the early 1980s, said on Wednesday.

This was simply inevitable:  Baby Boomers are retiring, retirees are living longer, and there are fewer young workers behind them to pay for them.  Despite the myth of a “Trust Fund,” today’s workers are funding today’s retirees.  And there aren’t enough of us to go around.

As CATO’s Doug Bandow puts it,

The crisis is now, since the vaunted “trust fund” is filled with non-recourse government bonds—essentially worthless pieces of paper.  There’s no there there when it comes to financing future benefits.  Either payments have to come down or taxes have to go up, unless we adopt real reform centered around personal accounts.  And the latter course seems ever more distant after Congress voted to expand federal control over every Americans’ health care.

We’ve taken baby steps in the right direction by gradually raising the retirement age.  We’ll likely have to go further in that regard.   Despite my father’s recent passage at 66, the fact of the matter is that life expectancy for a 65-year-old is another 12.7 years.  That’s a long time to draw benefits from younger workers, especially in an economy where most of us work indoors.

Along those lines, we really need to get over the notion of a uniform  “retirement age.”   People who do dangerous, physically demanding work (coal miners, construction workers, firefighters, etc.) should be able to retire much earlier than teachers, writers, and bankers.

And, as usual, the financially successful will have to shoulder yet more of the burden.   It simply makes no sense for the wealthy to draw Social Security benefits that amount to a rounding error in their monthly income.  And, I’m afraid, we’ll have to gradually hike up the payroll tax ceiling.   I don’t like either of those options one bit.   They’re inherently unfair.  But I don’t know where else we get the money and we’ve got a new generation of retirees coming who we’ve promised to take care of.

Further, while I support widened “personal accounts,” it’s not going to solve the present-day problem, only put some endpoint to it.  And the recent collapse of the financial system, not healthcare reform, is the chief reason why it’s a political nonstarter for the foreseeable future.

*I call it a Ponzi scheme out of accuracy, not derision.  Social Security “pays returns to separate investors from their own money or money paid by subsequent investors, rather than from any actual profit earned. The Ponzi scheme usually entices new investors by offering returns other investments cannot guarantee, in the form of short-term returns that are either abnormally high or unusually consistent.”  I wish we’d simply created a welfare system for our elderly poor, rather than built up a gigantic government-run pension system to achieve the fig leaf of universal entitlement.   But I support the idea of society providing a safety net for those who can no longer take care of themselves and what’s done is done. 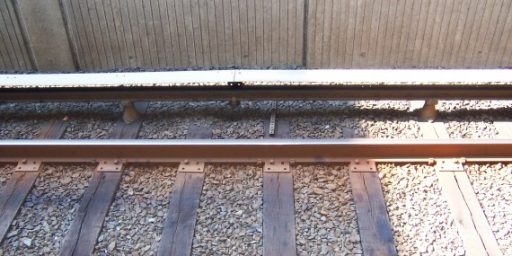