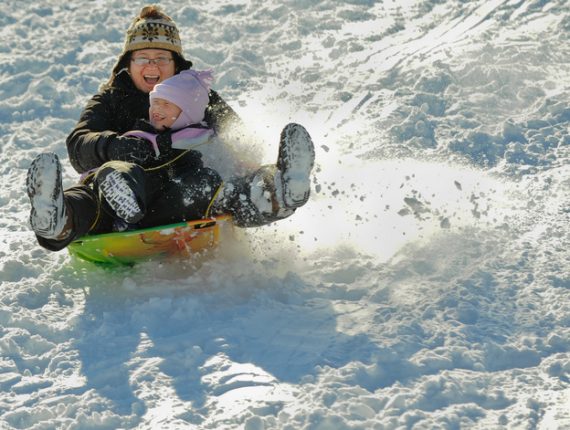 Especially when they take the joys out of childhood:

It’s one of the simple, most wonderful pleasures of life: zooming down a snow-covered hill just fast enough for a touch of fear to quicken your pulse. Maybe it’s a solo run. Maybe you’re clinging to a loved one as you tear down the hill tandem. Surely, sledding is one of those things that makes it worth toughing it out and living in New Jersey when sunnier climes often beckon.
Unfortunately, it’s getting tougher and tougher to find a place to do it. For the past two years on Ledger Live, we’ve taken viewers suggestions and hit the road in search of New Jersey’s best sledding hills. But more and more, we found, the hills that have thrilled generations of sledders are now closed.

Lawsuits filed by injured sledders, it seems, have struck fear in the hearts of municipal and county government officials, prompting them to simply ban sledding at some of the state’s erstwhile sledding meccas

On behalf of the legal profession, I apologize.