She sits on the 2nd Circuit Court of Appeals and has an undergraduate degree from Princeton and graduated Yale Law in 1979, thus keeping the streak of private school grads with appellate experience alive.  She would, however, be arguably the first Hispanic Justice.  (Some claim Benjamin Cardozo, appointed by Herbert Hoover and of Portuguese descent, holds that distinction.)

She’s liberal enough to spark a fight in the Senate but, given the size of the Democratic majority and the fact that she’s been previously confirmed to the Court of Appeals, she’ll be confirmed barring some significant and previously undisclosed scandal.

My general sense is that she is very liberal, and thus likely to take what I consider to be mistaken positions on many major constitutional law issues. I am also not favorably impressed with her notorious statement that “a wise Latina woman with the richness of her experiences would more often than not reach a better conclusion than a white male who hasn’t lived that life.” Not only is it objectionable in and of itself, it also suggests that Sotomayor is a committed believer in the identity politics school of left-wing thought. Worse, it implies that she believes that it is legitimate for judges to base decisions in part based on their ethnic or racial origins.

On the plus side, Sotomayor does meet the minimal professional qualifications for nomination to the Supreme Court. Her ten years of service on the Second Circuit Court of Appeals ensures that. At the same time, her record is far less impressive than that of most other recent nominees, such as Roberts, Alito, Breyer, and Ginsburg. Each of these was a far more prominent and better-respected jurist than Sotomayor, and Breyer and Ginsburg were leaders in the development of their respective fields of law. Sotomayor also seems far less impressive than Diane Wood and Elena Kagan, reputedly her top rivals for this nomination. The current nominee’s qualifications are likely better than Harriet Miers’ were; but Miers’ nomination failed in large part because of her relatively weak resume. Among the current justices, probably only David Souter and Clarence Thomas had professional qualifications similar to or worse than Sotomayor’s. That said, Supreme Court appointments are almost never purely merit based. Sotomayor joins a long line of nominees who were chosen in part because of political, ethnic, or gender considerations. It would probably be wrong to oppose her on that ground alone.

Indeed.  Certainly, Republican appointees Sandra Day O’Connor and Thomas were appointed largely because of gender and race and ahead of more objectively qualified conservative candidates.  It’s a president’s call to make, with the Senate’s role merely to safeguard against unqualified cronies or the morally unfit.

Stuart Taylor observes, “Any prominent white male would be instantly and properly banished from polite society as a racist and a sexist for making an analogous claim of ethnic and gender superiority or inferiority.” While doubtless true, we’ve held white men to different standards than women and minorities on these things for decades.   I’m not thrilled with that fact but it’s not without some justification.   After all, Jeff Foxworthy can say things about rural whites that would be objectionable coming from Chris Rock. 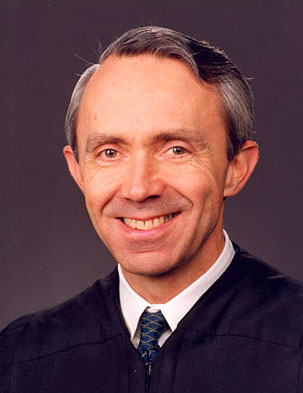