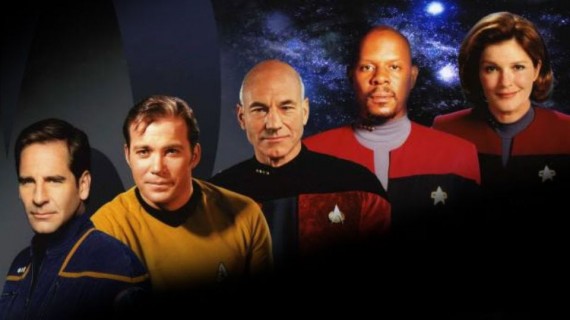 Caroline Siede offers an impressive overview of the Star Trek franchise—all the television series, live or animated, and movies but not the books—for the AV Club. It’s essentially an academic literature review with lots of links to outside commentary and YouTube videos.

Aside from simple differences in taste, my main departure from Siede’s analysis is that she overemphasizes the franchise’s diversity mission and underemphasizes its enjoyability and storytelling. Yes, the show’s casting and messaging was groundbreaking in 1966. But that was important only because the show was worth watching. Part of what made Voyager so annoying, frankly, was that it seemed to place messaging over storytelling as a priority.

Otherwise, Siede doesn’t much like the first two seasons of Next Generation, which I thought were pretty good if uneven, and finds Voyager, which I really never got into for a variety of reasons, much better than most Trek fans. Like most, she found Enterprise disappointing—albeit more for its whitebread casting than its weak plotlines—but she does recommend the fourth season.

She advises newbies to spot watch rather than following the original chronology:

1. The Original Series: “City On The Edge Of Forever,” “Balance Of Terror,” “Amok Time,” “The Trouble With Tribbles,” Star Trek II: The Wrath Of Khan

Recommended Viewing Order: Start from the beginning or episode hop (there’s no serialization).

2. The Next Generation: “The Best Of Both Worlds,” “Family,” “Yesterday’s Enterprise,” “Chain Of Command,” “The Inner Light”

3. Deep Space Nine: ”Duet,” “In The Pale Moonlight,” “Far Beyond The Stars,” “Trials And Tribble-ations,” “The Visitor”

Recommended Viewing Order: Start from the beginning and watch all the way through (there’s a good amount of serialization).

Recommended Viewing Order: Watch the pilot (“Broken Bow”) then start watching from the second episode of season four (“Home”). After developing an affection for the show’s character and world, start from the beginning or episode hop to see the best of the past seasons. (Seasons one and two are episodic, season three is fully serialized, and season four is serialized in chunks.)

As for me, I find Enterprise underrated. Yes, it squandered some of its potential as a prequel and the over-sexualization of the female lead was painful. We agree that DS9 was the best-written and best-acted of the five live-action series.