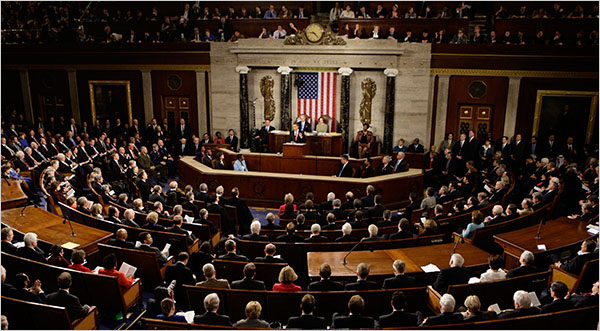 For those of you who are going to subject yourselves to the Speech From The Throne State of the Union tonight, here’s a guide to the only way to both pass the time, and make the experience bearable.

First, Stephen Richer at Frum Forum lists his picks for the best:

What makes it good: It unites the three key ingredients of a good SOTU drinking game: funny, reasonable, and easy-to-follow.  The number of sayings or words that you have to follow isn’t overwhelming; the phrases are nicely categorized into five different groups (“one gulp of beer, one shot of liquor, two shots of liquor, three shots of anything, and the whole damn thing”); and there is a good balance between presumably frequent occurrences (e.g. “Dems stand, GOP sits”) and the unlikely, but amusing (“Off-hand references to Keith Olbermann’s employment.”)

2) Will Durst, The Huffington Post – The Official 2011 State of the Union Drinking Game

Not quite sure how this earned the title of “official,” but it does seem to be the most circulated.  In addition to The Huffington Post, Mr. Durst’s game is on SF Gate, AOL News, and Hot News.

What makes it good: If you want to get more involved, this is your game.  It suggests a four character role play.  There are relatively few rules to the drinking element of the game, making it easy to follow, and Mr. Durst does a good job of choosing events that could possibly happen, but won’t happen every 30 seconds.

3) Drinkinggame.us – The State of the Union Address Drinking Game 2011

The guys over at drinkinggame.us have been putting together drinking games for a number of years now.  They usually come up with pretty good stuff, but I probably wouldn’t rate this their best year.

What makes it good: Easy, clean layout.  Two columns, “event” and “# of Drinks.”

What makes it good: Simple enough set up and quite a number of funny proposed scenarios.

To these I will add the following:

This is also a good time to mention that I assume no responsibility for any adverse consequences that may result.

Drink up, and Happy SOTU!