The Supreme Court appears to be looking for a way to resolve an issue that has been mired in controversy for six years now. 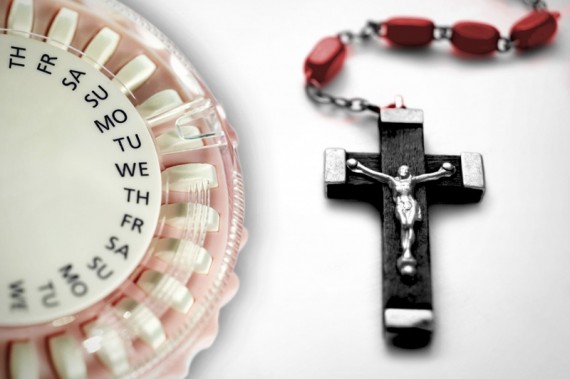 Late yesterday, the Supreme Court issued a letter in the cases dealing with religious objections to the PPACA’s birth control mandate that appears designed to find a way to avoid a tie vote that would result in potentially inconsistent law across the country:

WASHINGTON — The Supreme Court on Tuesday issued an unusual order indicating that the justices are trying to avoid a 4-to-4 deadlock in a case pitting religious freedom against access to contraception.

The order, which was unsigned, directed the parties to file supplemental briefs in Zubik v. Burwell, No. 14-1418, which was argued on Wednesday. The case was brought by religious groups that object to providing insurance coverage for contraception to their female workers.

Women are guaranteed access to that coverage under the Affordable Care Act. After the religious groups said paying for such insurance made them complicit in sin, the Obama administration offered the groups an accommodation: If they object in writing and provide information about their insurance plans, the administration said, insurance companies and the government will pay for the coverage.

At Wednesday’s arguments, several justices indicated that they thought the accommodation violated the federal Religious Freedom Restoration Act because it allowed the government to “hijack” the insurance plans of the religious groups that are the petitioners in the case.

The order sketched out how this might work, asking the two sides to address whether it would be acceptable for the groups to do no more than to buy insurance plans for their workers that do not include contraception coverage.

It is not particularly unusual for the court to ask for supplemental briefs, but Tuesday’s order was exceptionally elaborate and seemed to envision new regulations from the Department of Health and Human Services. It was almost certainly prompted, at least in part, by a desire to avoid a tie, which would automatically affirm the four appeals court decisions under review, all of which upheld the existing accommodation.

From the specific wording of the new requirement, the Court appeared to have accepted — at least tentatively and maybe only as the basis for further exploration — the view of the non-profit hospitals, schools, and charities that any step they take would involve them in a violation of their religious objections to some or all contraceptive methods, but also to have accepted — again, perhaps only tentatively and for further analysis — the government’s view that it had to work through those non-profits’ existing health insurers to assure cost-free contraceptive coverage to their female employees of child-bearing age.

If the lawyers on both sides cannot come up with ways to reconcile those two perceptions, the Court may have to move forward to decide the seven cases just as they came to the Court and as they stood for last week’s oral argument.  One of the most significant developments at that hearing was that a number of Justices (though maybe not a majority) had seemed to accept the non-profits’ claim that the government would be “hijacking” those institutions’ own health plans for employees or students, which would also involve them in providing access to birth-control methods and devices to which they object.

The non-profits’ lawyers argued that the government had a duty, under the federal Religious Freedom Restoration Act, to find ways to provide access to contraceptives entirely independently of those non-profits and their existing health plans.  That was the argument that prompted a number of Justices to comment about the “hijacking” that might occur.  The new order seemed to center on that.

In previous, temporary orders the Court had issued as this controversy had developed, before the Court took on a full-scale review, the Justices had required the non-profits to provide some specific notice that they do object to the birth-control mandate based on their beliefs, and had required such notice either to the providers of their insurance plans or to government agencies.

Although the government had told the Court that it could not provide contraceptive coverage for the employees of these institutions without going back to Congress for legislation amending the ACA birth-control mandate, the new order appeared to accept that as a legal barrier, but to at least imply that new arrangements could be made between the government and health insurers.

The order thus represented a significant break from the Court’s customary approach of taking a controversy as it finds it, and deciding its legality based only on those terms.  What the two sides may say in response to the new filing requirement remains to be seen, but it does suggest that they might have to craft new sets of contractual agreements or new government regulations under the ACA — approaches that, perhaps, might be implemented without new action by Congress.

As I noted after last week’s oral arguments, the most likely outcome in these cases appeared based on those arguments to be a 4-4 tie that would leave the holdings below in each of the individual cases standing. While this would mean in the majority of cases that the claims of most of the religious-based employers that even the act of providing notice that they have a religious objection to birth control is somehow a violation of their religious liberty would be rejected, in at least one case it would mean that the claim was accepted and that a split among the Circuit Courts of Appeal would be allowed to stand. One way for the the Court to deal with this problem, of course, would be to set the case for reargument during the October 2016  Term, but that’s rather difficult at the moment since it is unclear when a new Justice may actually take the bench. At the very least, it seems unlikely that this will happen before the new term begins in October, and may not take place until well into 2017 if the GOP is successful in its “No hearings, no votes” strategy. Given that, simply punting the case to the next term with an uncertain hearing date is probably something the Justices are disinclined to do.

As for this letter from the Court, it’s not entirely unusual for the Court to ask for supplemental briefing on limited issues in a particular cases. It doesn’t happen in every case, obviously, but there have been other occasions when parties have been asked to brief some point not touched on in the original briefs that only became apparent during oral argument or during the Court’s post-argument conference. What makes this letter somewhat unusual is that it seems to be suggesting a way to settle these cases in a way that would make the Court’s ruling largely unnecessary. Assuming the PPACA allowed it and the parties agreed, after all, there would seemingly be no reason why something along the lines of what the Court is suggesting here could not be implemented via a new round of regulations from the Department of Health and Human Services. At least in the short term, that would seemingly make the cases presently before the Court moot and avoid the need for the Court to rule at all. At the very least, it seems clear from this letter that the Justices are looking for a way to avoid a 4-4 tie, and the national inconsistency in the law that would result. Whether it will work is another question. 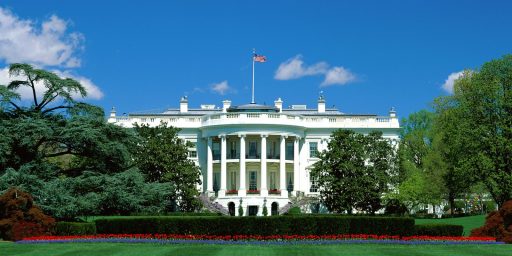